My third maserati, it's probably time to introduce myself.

Long time lurker, I didn't took the time to present myself yet.
I'm from Belgium and I recently purchased my third maserati. 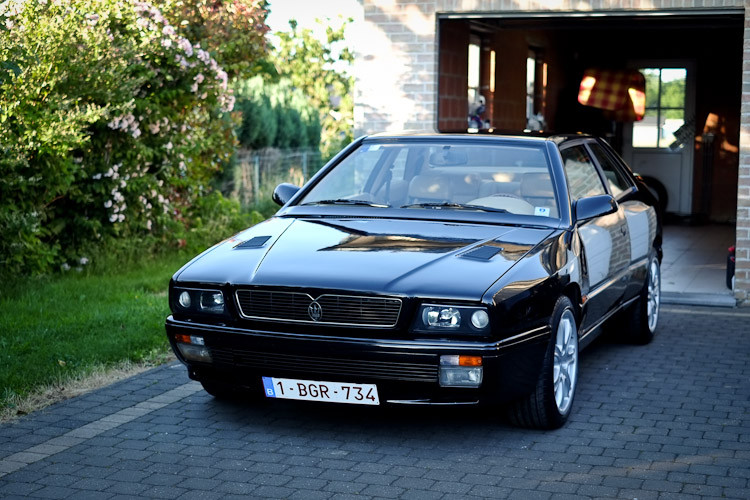 A nice start in the maserati world I think... 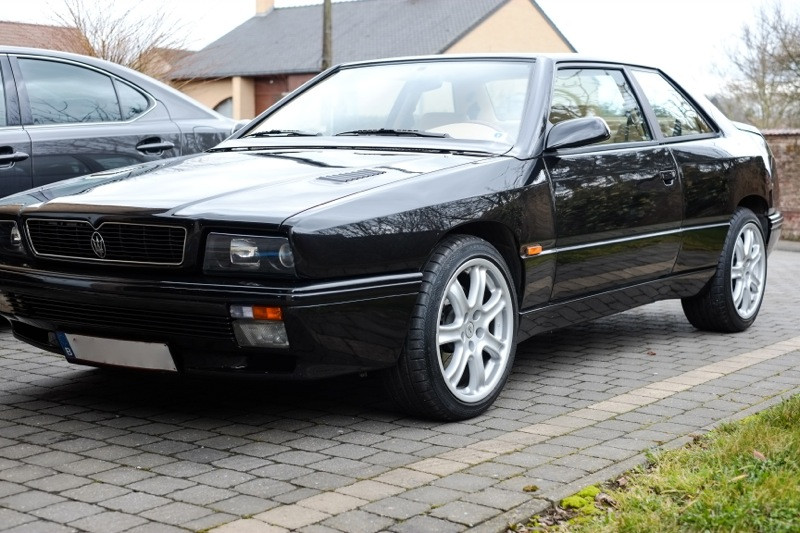 Two years later, I had the opportunity to buy a quite rare Ghibli Cup 2.8 (spÃ©cial japanese edition, 27 made, basically a ghibli cup with a 2.8 engine, a slightly tweaked ECU -305HP, by modifying the boost- and a shorter final gear ratio).

The car is rosso maserati, and as most of the time with the CUP, with a black leather interior. 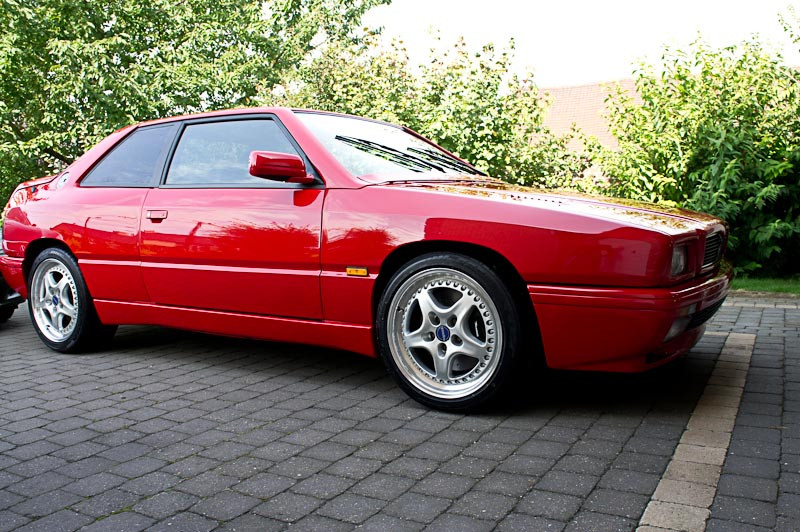 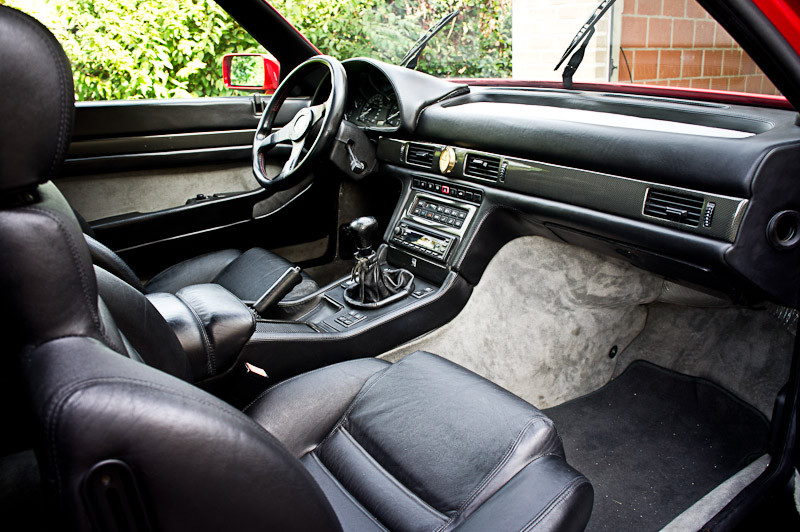 The car was imported in Estony and was for sale since a long time. No service history and in need of a lot of TLC, but incredibly cheap at that time). 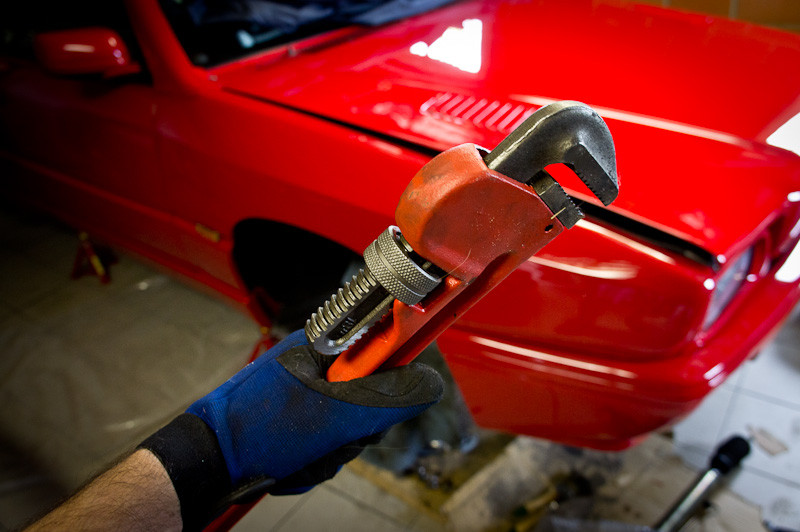 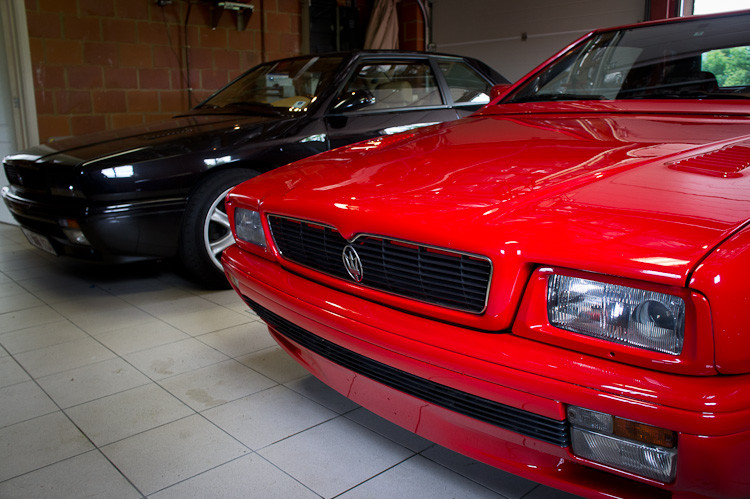 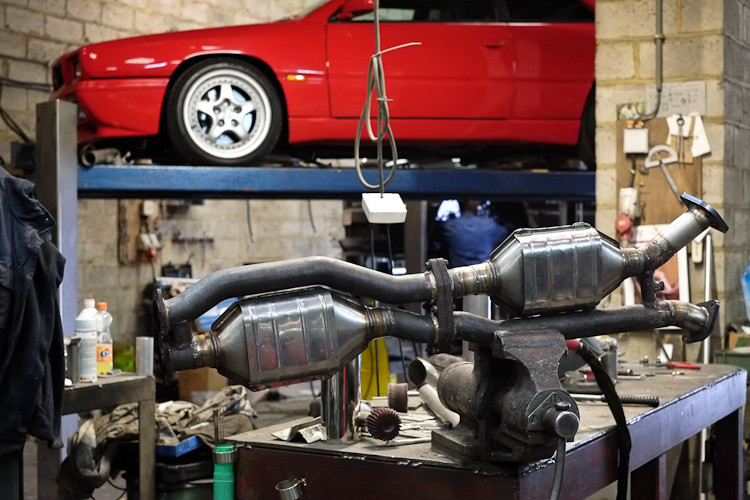 You can find more information about the work done here in english (short version: http://www.repartocorse2.com/t8744-japanese-maserati-ghibli-cup-2-8-no-typo-lost-in-belgium) or here in french (very long version:http://www.maseratitude.com/viewtopic.php?f=11&t=1159).

Since, I've sold the GT, at that time, I didn't had the place for two more cars, and the CUP is way better to drive, so the GT was not used a lot.
But I must confess that the GT was easier to live with, far more subtle than this noisy red brute. 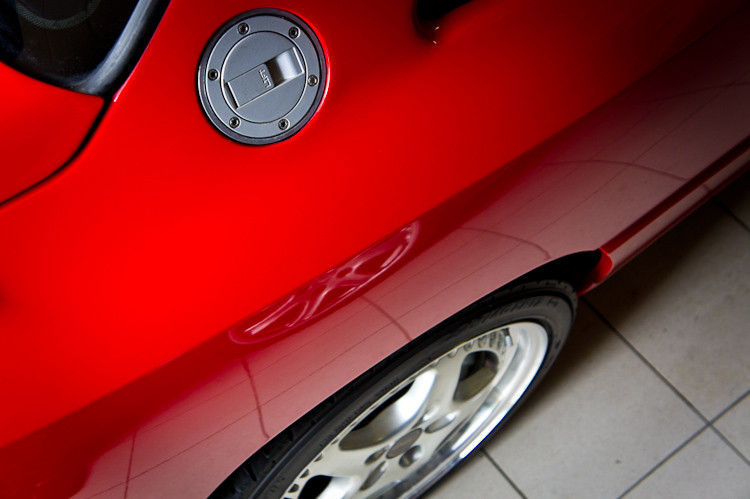 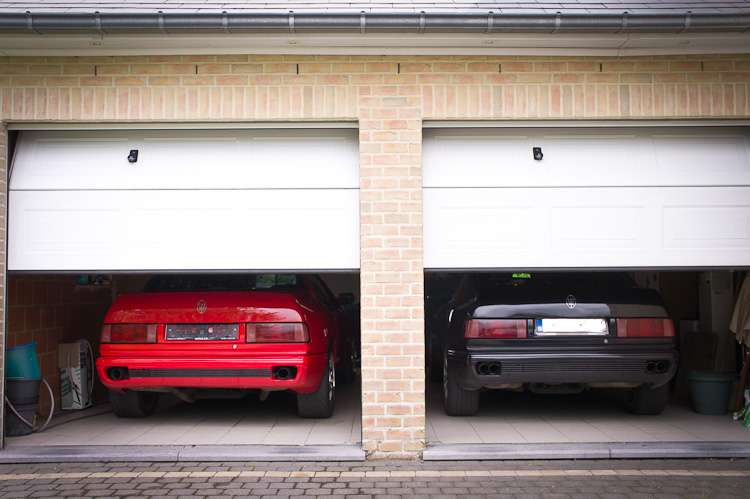 When I look at the pictures of the GT, I'm a little bit sad...


Anyway, the time passed, and I've found some parking space earlier this year.

Since the beginning, I was always in love with the 3200GT, these boomerangs...
The 3200 used to be cheap, but since last year, I have the impression (it's more than an impression) that the price of these cars is on the rise. I've somewhat convinced myself that it was the right time to buy a 3200, and the hunt began.
I didn't want a car too expensive (max 20000 euro), not grey, not black, probably not red, without beige carpet, without wood around the console (often seen in the '99 3200) and with less than 125.000km.

The rest didn't really matter, manual or auto, I wasn't even afraid of a car in need of someTLC as long as the asking price was right.

But I was lucky again, and I found my car not far from Athens.
The car was just serviced (complete service with timing belt) and only 42.500km.
It showed up in front of my door one week after the paiement (less than 20k transport included) and I'm in love since. 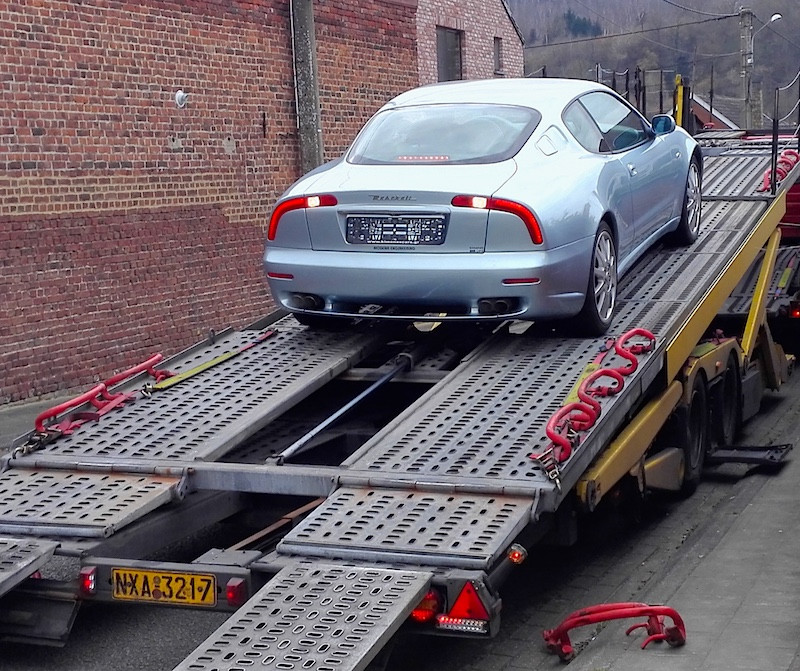 A Luna Argento 3200GT, probably one of the only in this color (special order) with blue interior. 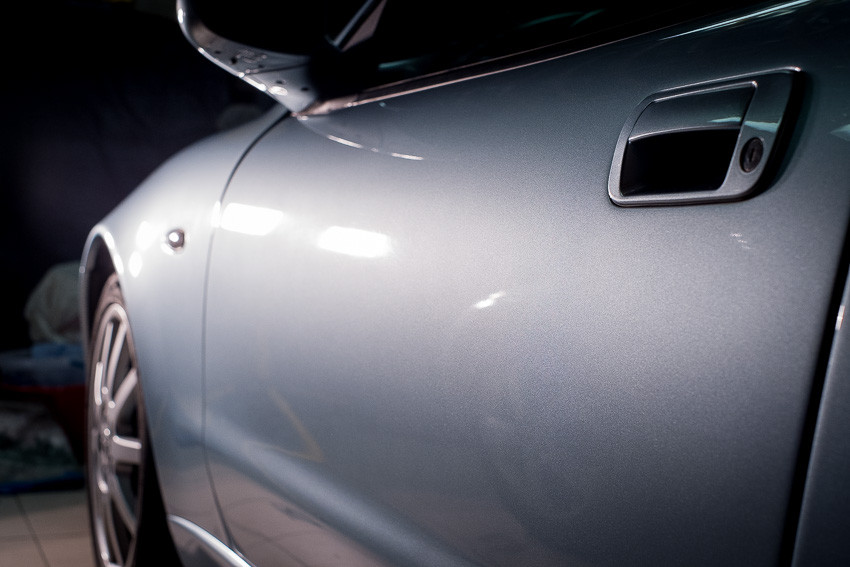 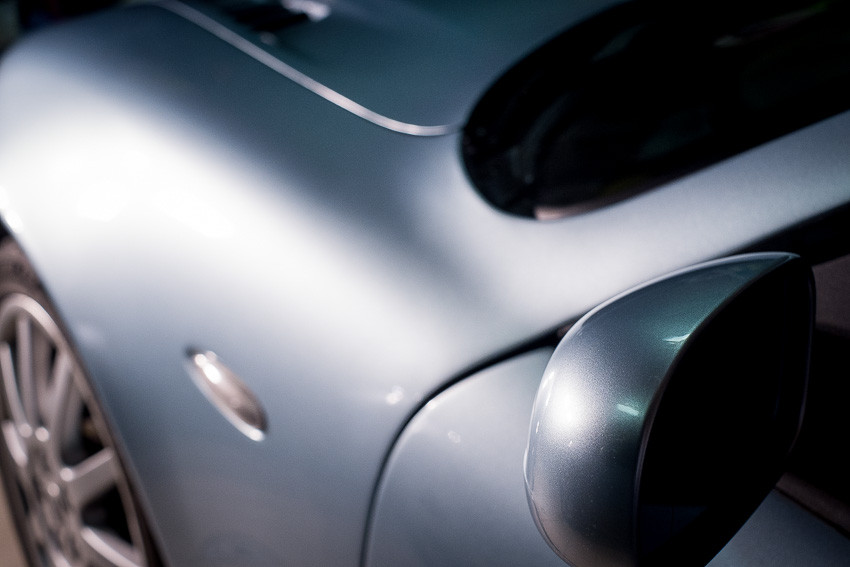 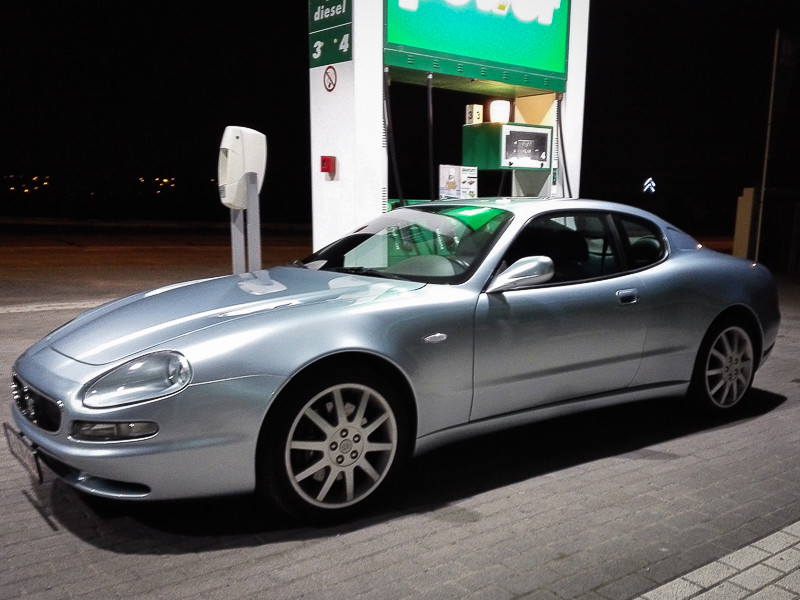 The interior is blue (and dark grey) with white piping. Maybe not for everyone, but I really like it. 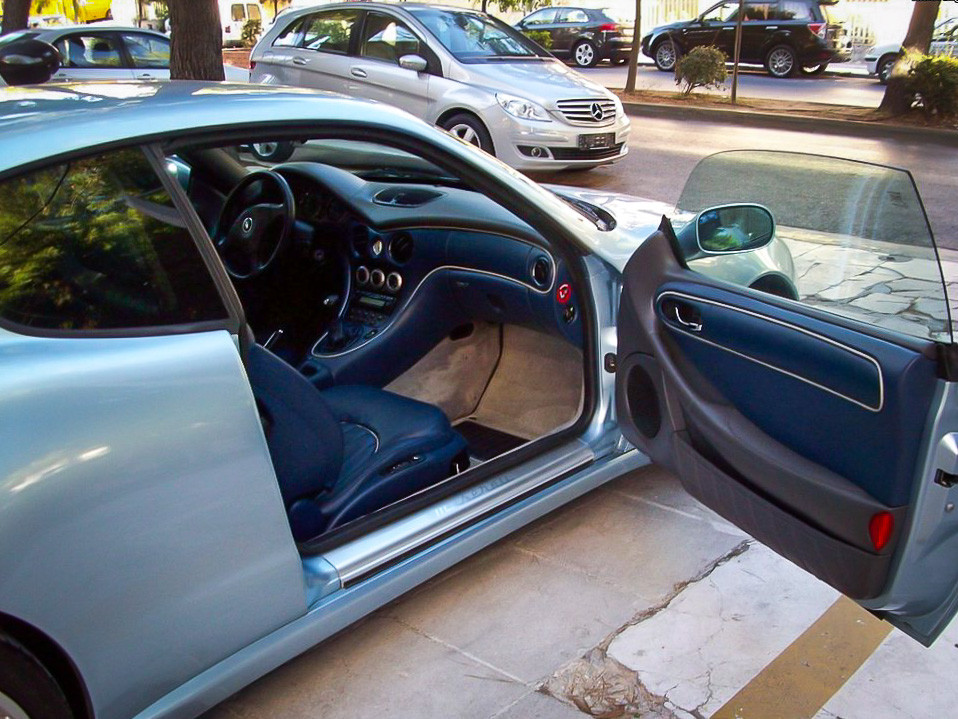 The engine is immaculate! 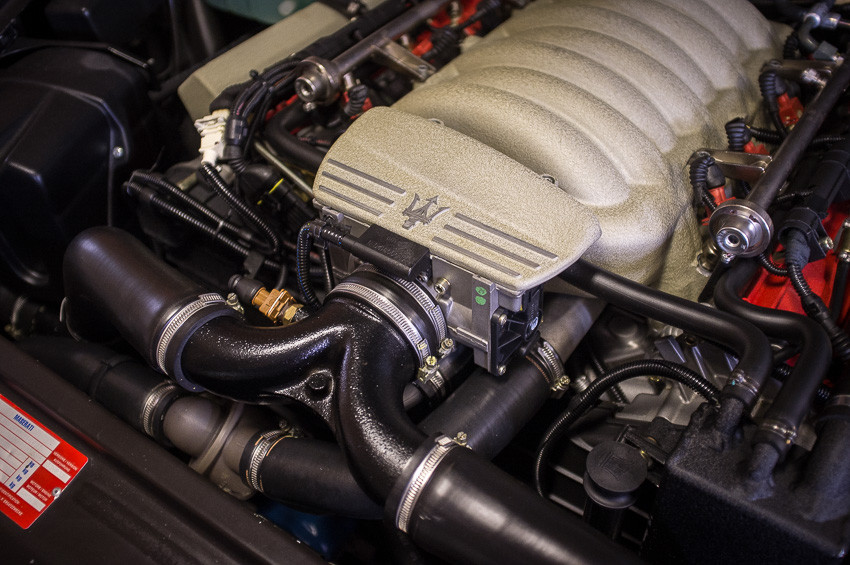 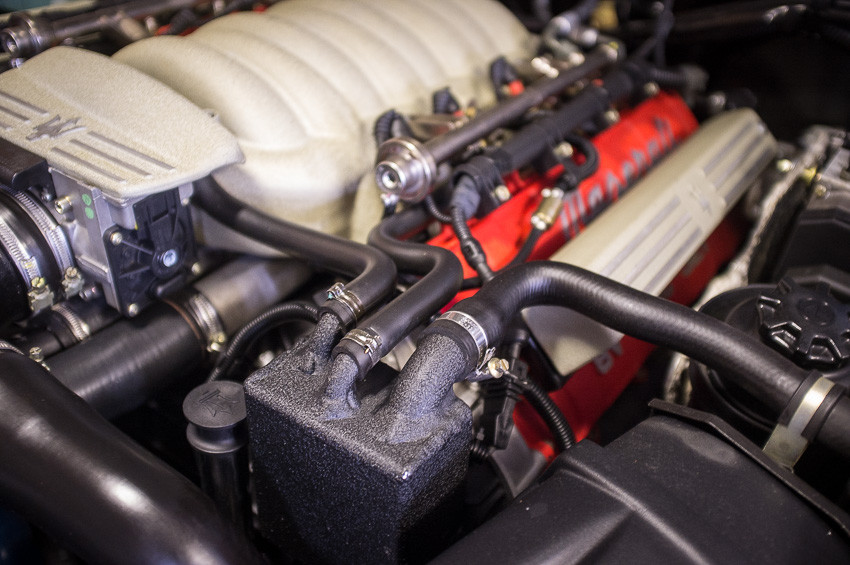 Ok, enough for a first post I think. I hope you don't mind that I've posted so many pictures.

Welcome to the madness, nice to see another 3200 on the books..

You clearly have excellent taste 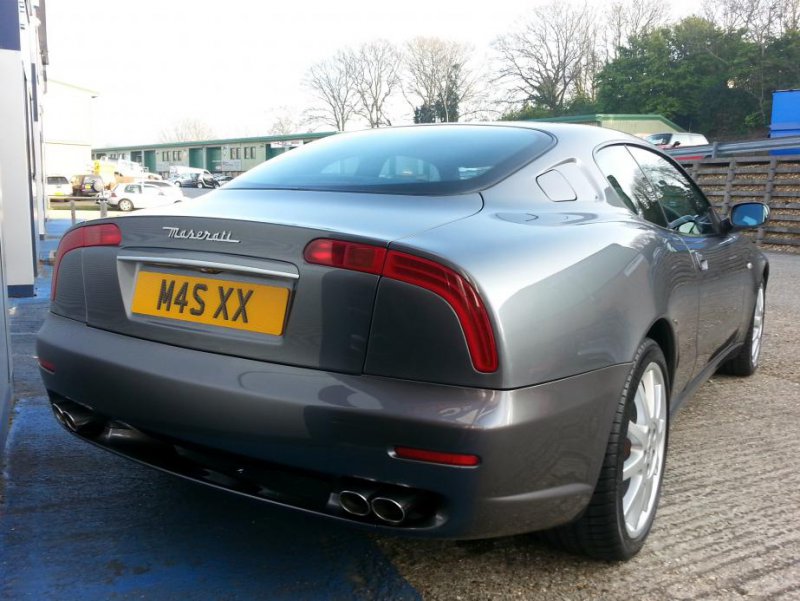 Welcome what a lovely brace of Ghiblis.

Conaero said:
what a lovely brace of Ghiblis.
Click to expand...

Stunning Maseratis and a very rare colour on a 3200... A big warm welcome to you.

Great looking cars and lovely leather trim and piping on the 3200.
G

Thank you all for your warm welcome!

The color of the 3200 is indeed very rare, only 36 cars made in "extra colors", nobody knows how may in argento luna.

As soon as I saw the ad, I knew that it was the car I want. This shade of grey/blue is stunning.

Let me know if you're going to ever sell the Cup.

Welcome by the way.

I'd love a Ghibli to put next to the Giulietta. But since that needs to go as well....

The 3200 does look nice, I don't usually like the blue interior but that piping sets it off well

Some nice cars there, well done it obvious you have the passion - welcome

Welcome to the 3200 club. As previous I love the Cup, what a stunning car.

gemini said:
Thank you all for your warm welcome!

The color of the 3200 is indeed very rare, only 36 cars made in "extra colors", nobody knows how may in argento luna.

As soon as I saw the ad, I knew that it was the car I want. This shade of grey/blue is stunning.
Click to expand...

Yep, the red is even better with the new "ghibli cup" badges.

I had only one of them when I bought the car (I found it under the seat), and it was in really bad shape.
Pamela David enamels (http://www.badgecraft.co.uk/) made a new pair for me.

They are identical to the original one, I think the difference in the colors is aging (the UV maybe). 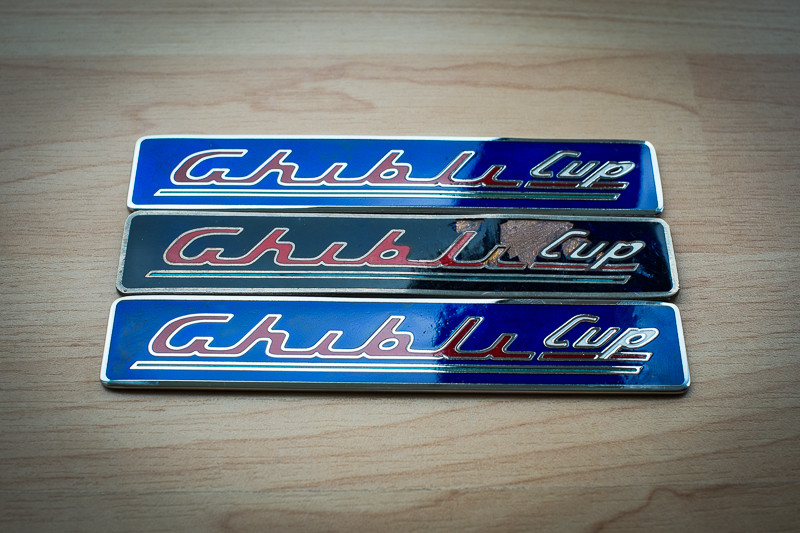 It took a long time (almost a year) but I'm really happy with the result. And not to expensive 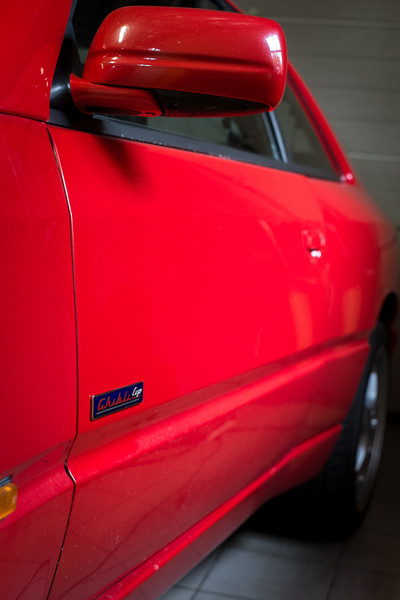