Hello from County Down in Ulster. More specifically the Ards peninsula., A lovely part of the world but bleak in winter and prone to salt spray on its many coastal roads! Tough on any car, but of especial concern for potentially fragile Italian exotica.
I am the proud owner of a Levante S, bought new in Jan 2018 and resplendent in rosso rubino. I absolutely adore the car but, if truth be told, am somewhat intimidated by the size of it, especially on our narrow country roads. I wonder if the GranTurismo replacement will be significantly thinner?
A couple of issues I am keen to pick members’ brains about are the existence (or otherwise) of any independent Maserati specialists on the island of Ireland and, as my Levante ages, whether there are any good rustproofers to whom I might take the car for some prophylactic TLC in the years to come.
Any advice gratefully received!

I believe there is one mark specialist in Ireland but their name escapes me... sure one of our Irish members will be along to fill the gaps soon.

Think the GT will be broadly the sames size as the last one TBH.

Thanks very much to both of you. Very prompt replies indeed! Has anyone got direct experience of dealing with Ken Plant? Hursts in Belfast have been very good to work with, but once the warranty expires I might try an indy - hopefully a bit cheaper. Depends on what happens to the sterling-euro exchange rate after Jan 1st I suppose!

DrDavid said:
Thanks very much to both of you. Very prompt replies indeed! Has anyone got direct experience of dealing with Ken Plant? Hursts in Belfast have been very good to work with, but once the warranty expires I might try an indy - hopefully a bit cheaper. Depends on what happens to the sterling-euro exchange rate after Jan 1st I suppose!
Click to expand...

Ken is great, plus he always has all sorts of exotica in the workshop, spent a good few hours nosing about in there!

safrane said:
....I believe there is one mark specialist in Ireland but their name escapes me... sure one of our Irish members will be along to fill the gaps soon.
Click to expand... 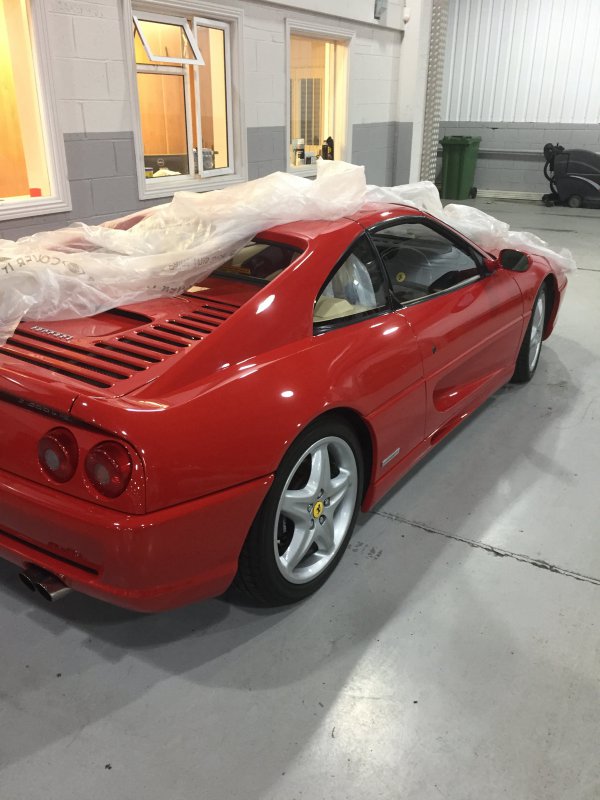 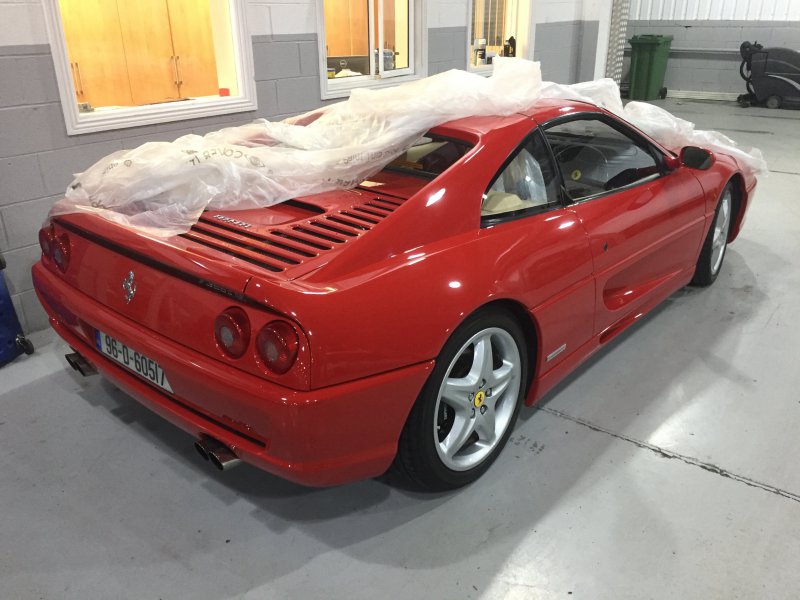 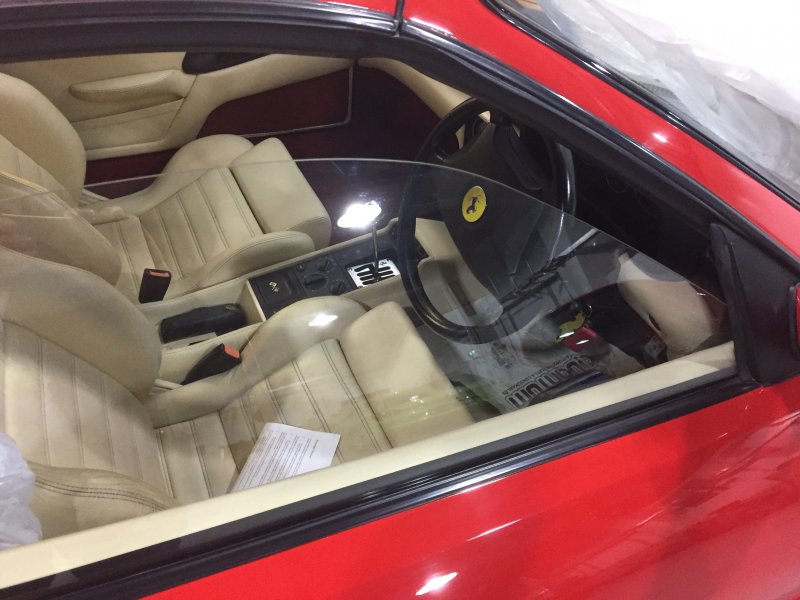 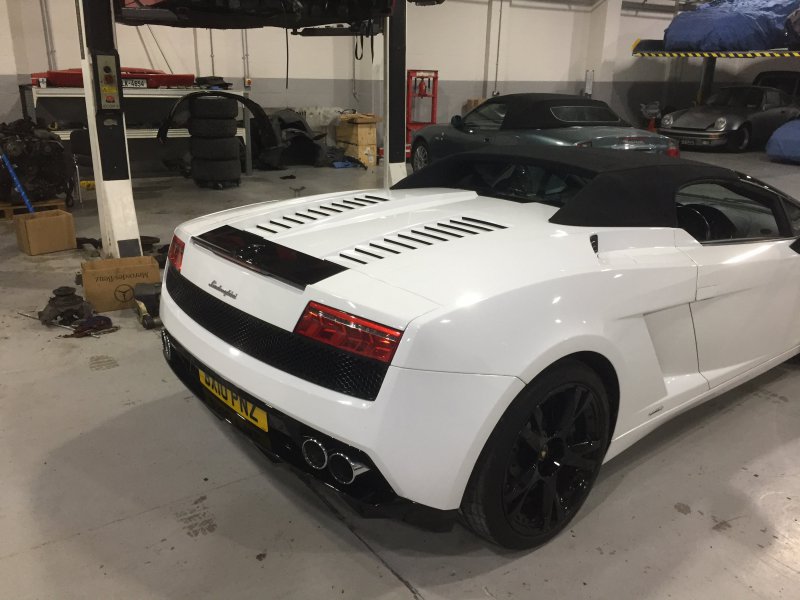 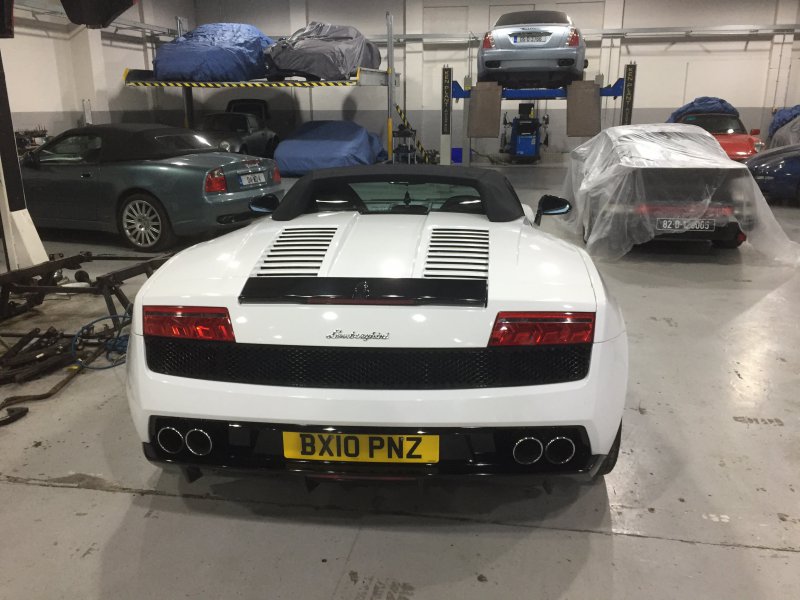 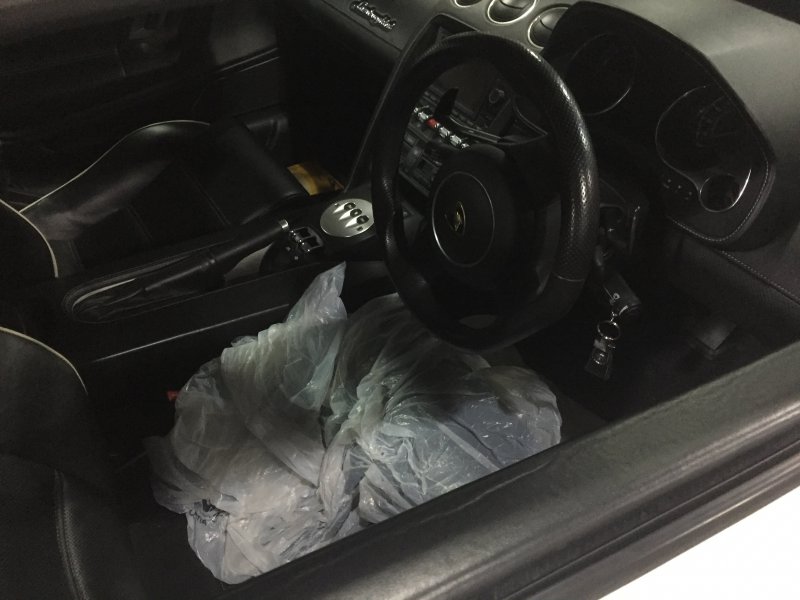 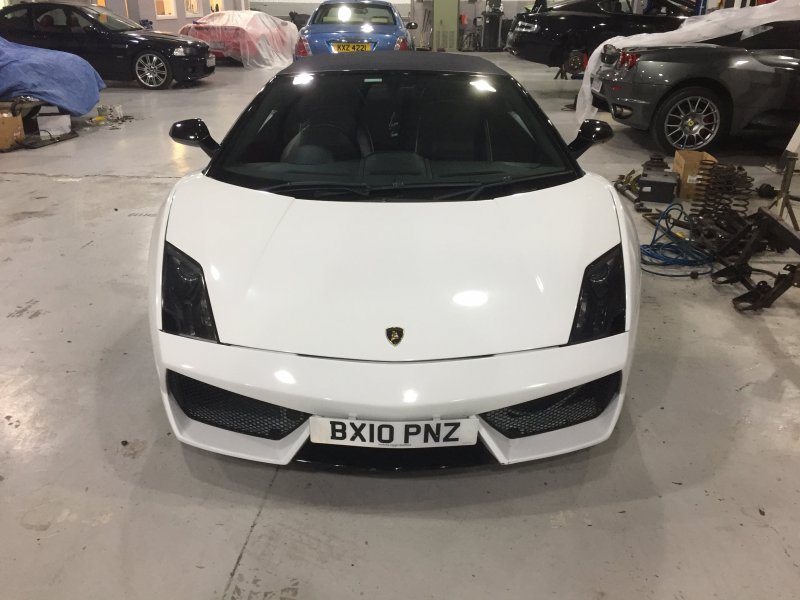 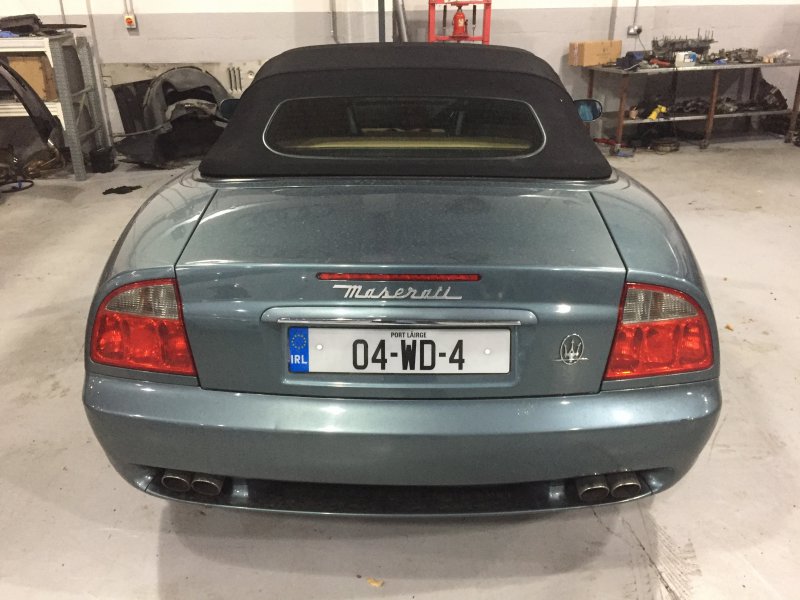 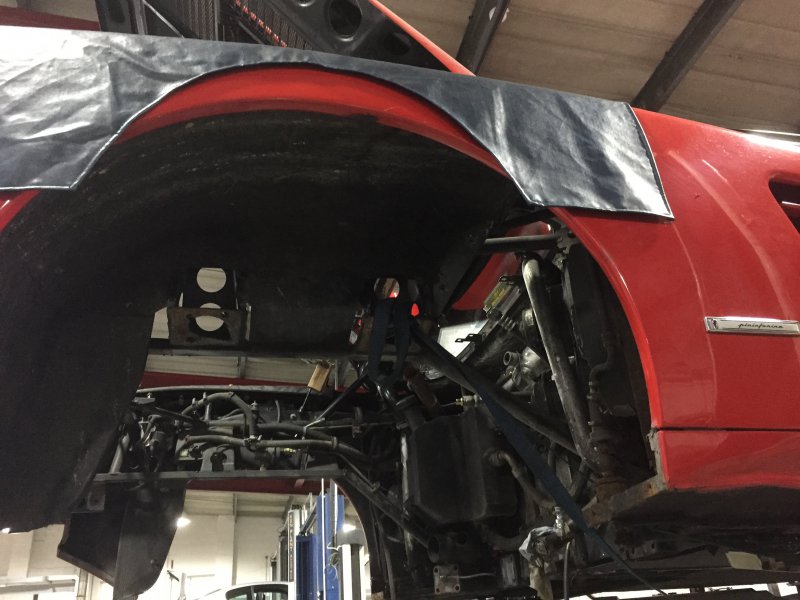 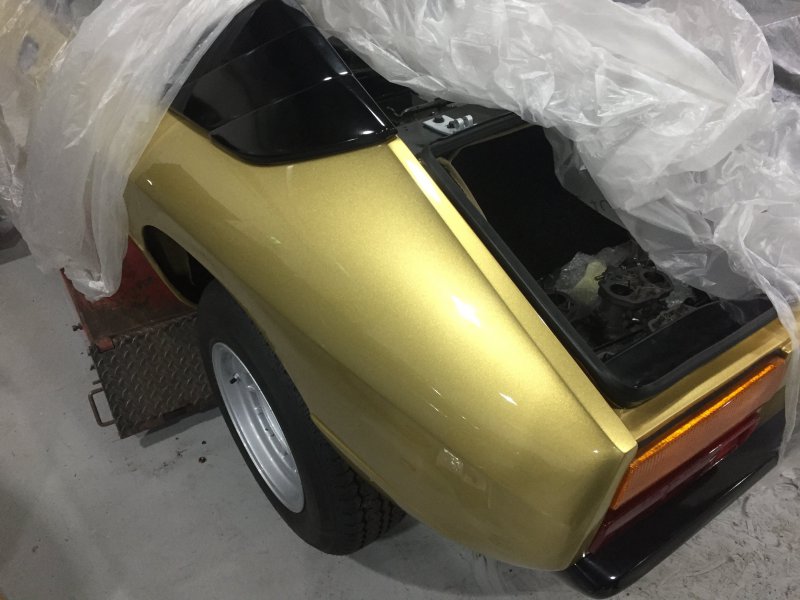 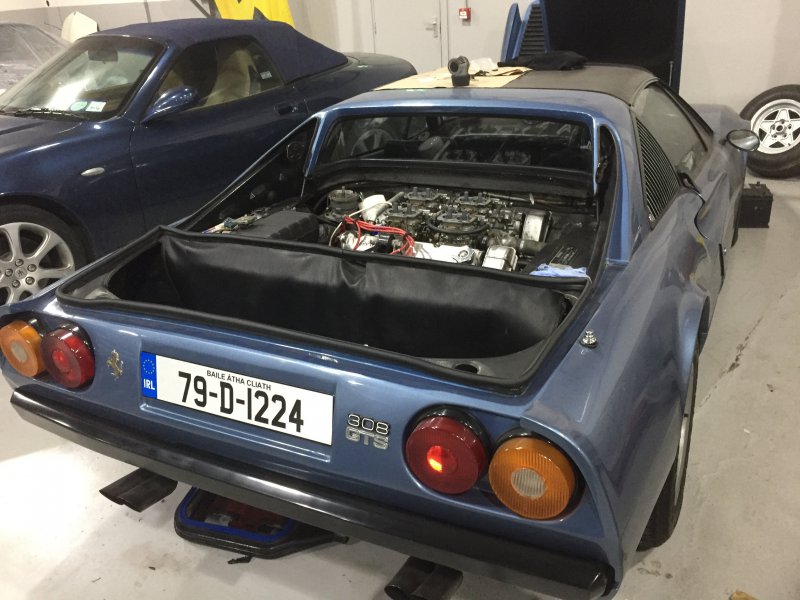 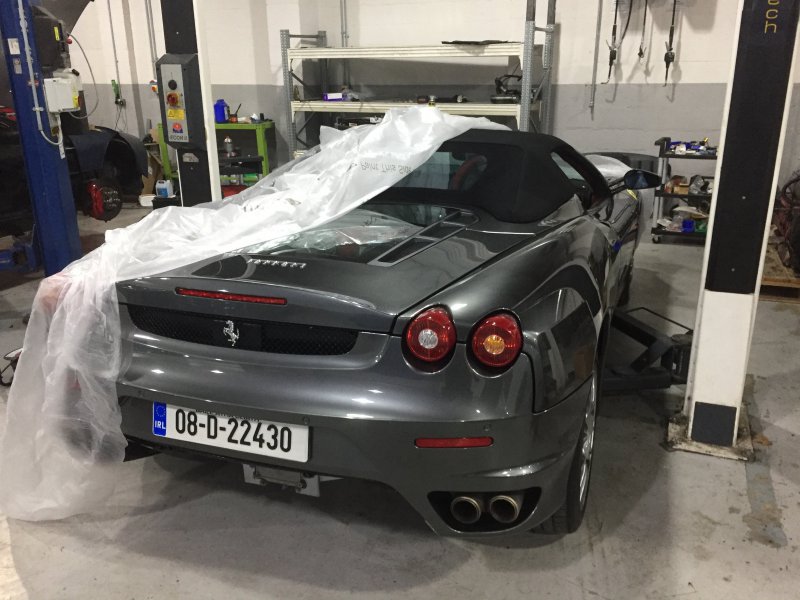 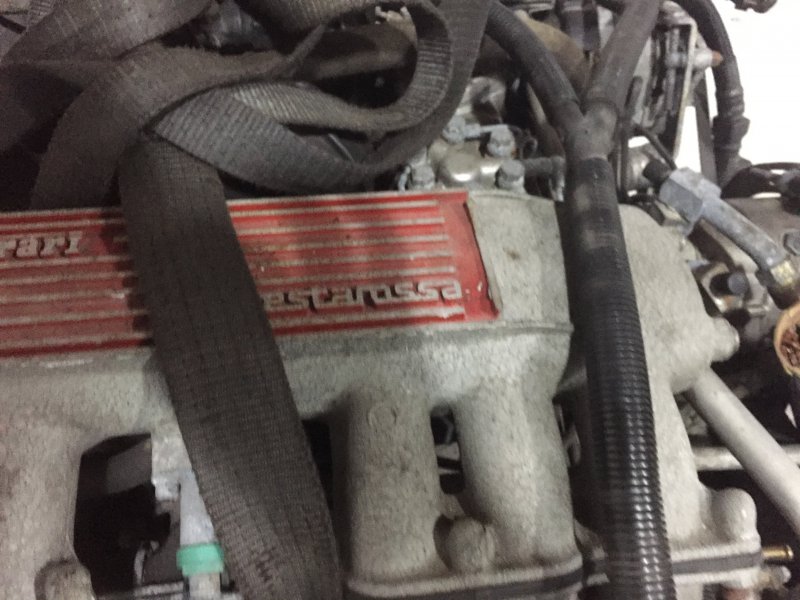 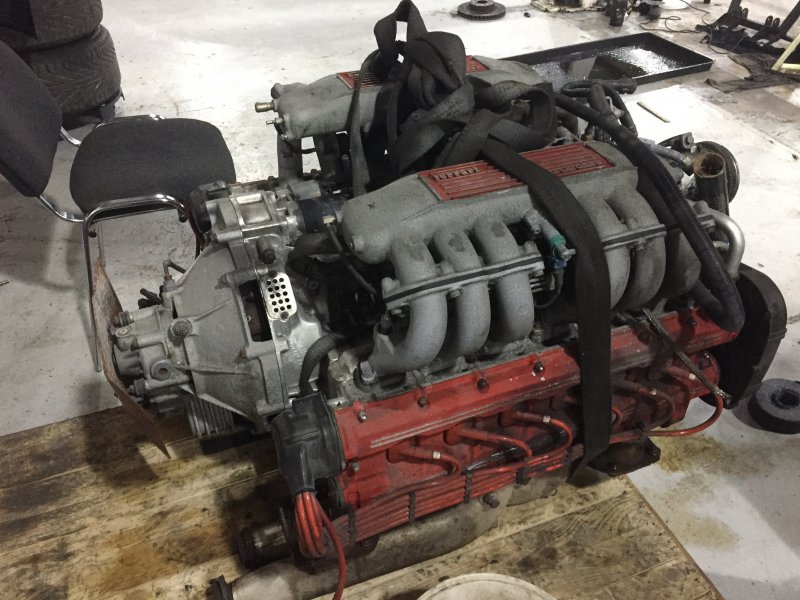 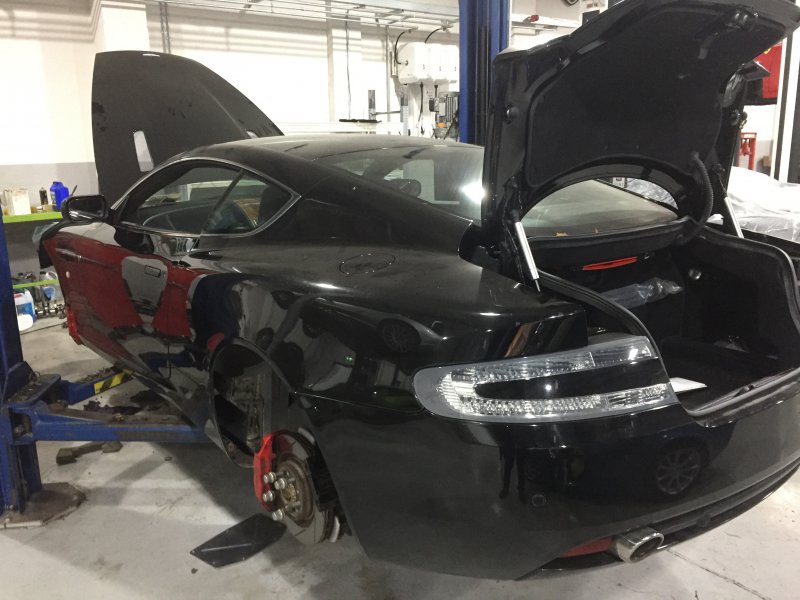 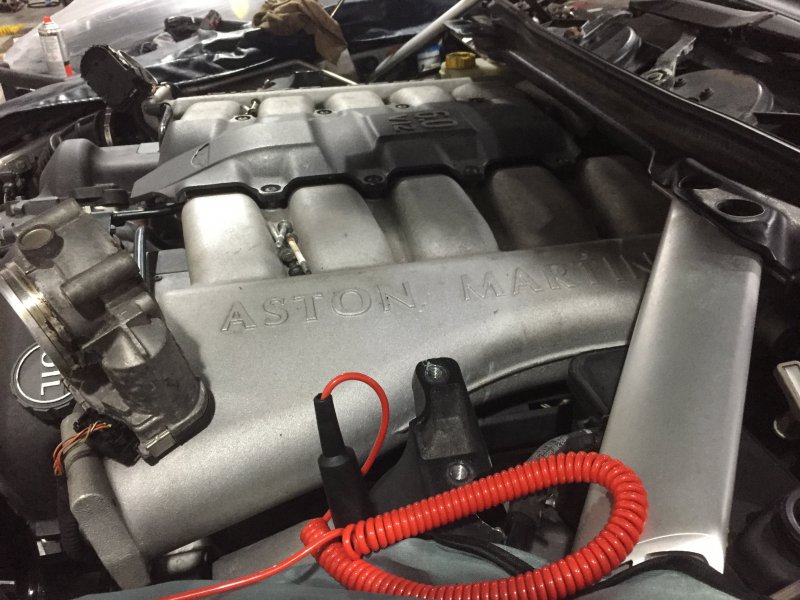 Thanks for the pics. I’m positively salivating at the sight of so much automotive exotica!

DrDavid said:
Thanks for the pics. I’m positively salivating at the sight of so much automotive exotica!
Click to expand...

I was just wishing for a comma in the title

I would almost be tempted to pay Mr Plant for the privilege of wandering around his workshop.
It's like Disneyland for petrolheads.
I would corroborate David's description of the Ards peninsula. Can be delightful in summer and a warm September,
but as soon as the temperature dips and the rain turns everything to porridge until Spring, its like ........ Cumbria without the charm and exoticism of Sellafield.
Please extend a warm welcome to my thermally challenged friend, as it's probably the only heat that he'll experience until Spring.
David there may be a guy on the outskirts of Belfast that you might wish to have a chat with. I'll see if I can find his details.
D

Thanks for your replies. The only upside about winter on the Ards is that it rarely snows and we have less rain than nearly anywhere else in Ireland - certainly less than Cumbria!

Morning all
So, Mark. Here's some chat on this forum about the indy I was trying to recall.

'I phoned Beechill today and spoke to Simon, the main guy.

As the site says - Beechill Garage was founded by Simon Chambers ......Master Technician status for both Volvo and Lotus....After this, he spent a number of years as senior technician with Ireland's sole main dealer of Ferrari, Maserati and Bentley cars. (Hursts Obvs)

He sees about dozen Maserati a year including 3200/4200/Gransport for work (as well as Ferraris) and when I mentioned I may have an emerging rear tie rod issue he was familiar with the non wishbone solution. He uses manufacturer's recommended fluids and confirmed Shell Helix. I also heard a while back that he takes spillover work for the main dealer but can't confirm that for sure.'

Tried his website just now but it doesn't appear to be 'up'. What that means is anyone's guess.
Perhaps another member could shed some light.
Or, one of the other marque forums. 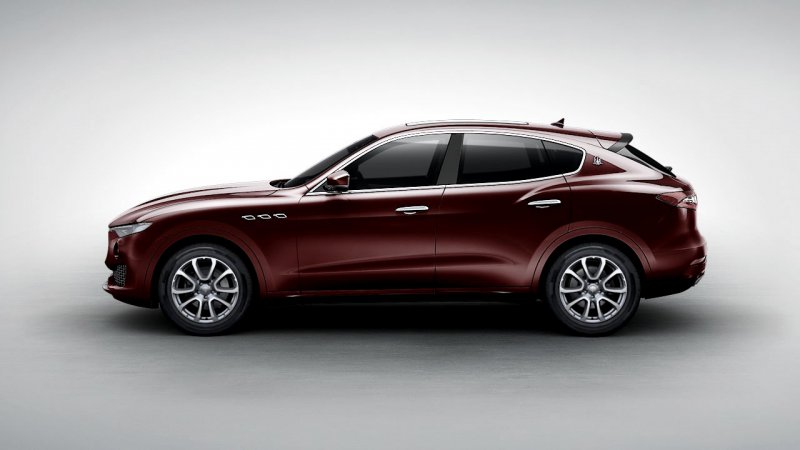 This is a configurator image from Maserati’s website but it’s exactly the same as my car. No available photos of mine thanks to the incessant rain . The only modification I’ve made is to have PPF applied to the front as far back as the A pillars. I optioned the sill PPF from the factory.
The car was my retirement present to myself, the kids having given me permission to spend some of their inheritance! I looked at an F-Pace, an Audi SQ5 and the six cylinder Velar. All were beautifully engineered and seemed well built but only the Levante spoke to my soul when I drove it.
Taken in isolation it rides and handles well. When you consider that it’s a two tonne SUV, you might even describe it as brilliant. The sheer acceleration and speed is remarkable; I can’t think of any road in Ireland where I could sanely deploy the extra grunt of the GTS or Trofeo models.
The only downside is it’s size - specifically it’s width. I had kittens the first and only time I put it in my garage. Although I’d measured the doorway width before I bought the car, I had no emotional conception of the angst that only a single inch of clearance on each side would produce during the manoeuvre. It now lives under the adjoining carport. Probably for the best as my father in law, a retired chemical researcher for Shell who specialised in corrosion, told me that his colleagues, having looked into the matter, reckoned putting a damp car away in a well sealed garage was a really good way to promote rust.
The only significant fault I’ve had with the Levante I first noticed as I drove by the airport. The satnav indicated that I was four hundred yards to the west, making good progress down the main runway! Over the next couple of hours, the electronics’ grasp of reality further diminished, finally giving up in disgust and going home. Literally, it placed me in a piazza in the middle of Modena! The dealer was very helpful and diagnosed a faulty GPS antenna which was replaced as soon as the spare part arrived from Italy.
No one can say that Maseratis lack character!

daverichardson said:
I would like to see a few pictures of the Levante when it is not raining if possible please
Click to expand...

It doesn't f**king stop raining here Dave. Except for brief moments in the Spring and high summer.
Which is why this Ulsterman wishes to get abroad again, as soon as humanly possible

Ah yes. The SatNav. I tried it once. But it turned out to be about as much use as a chimp on LSD.

Sincere apologies David. I was very distracted over the weekend and completely missed the correct website.
You'll also see Facebook entries. This is the closest Indy to you and probably as good as any on the island.
http://www.beechillgarage.co.uk/
D

Thanks very much for the tip about Beechill.
Now, can anyone give me the name of a rust proofer in Ireland they’re happy to recommend?
With regard to the rain, at least it greens up the grass.
You must log in or register to reply here.
Share:
Facebook Twitter Google+ Reddit Pinterest Tumblr WhatsApp Email Link