Oops, I did it again - Another Granturismo MC-Shift

So I'd had my 2011 Granturismo MC-Shift about 14 months. I absolutely loved it so wasn't actively 'looking' but as I'm sure a lot of you do, I had a browse on auto trader and pistonheads from time to time to see what comes up and look at the current market etc..
My car was black with black leather. Which, as I had a one year old daughter at the time, was exactly what I was looking for ease of cleanliness etc. But a few or more months ago at an ACE Cafe meet, I saw one that I think had Bianco Pregiato leather with Nero Alcantara inserts and it looked amazing. Sorry I can't remember who, but I think it was owned by a lady club member.

Anyway, I said to myself at the time, that if a facelift car with that interior, an MC box and fixed suspension (preferably MC handling pack) came up for sale, I'd have to seriously consider it.

Just after Christmas that day came. Pretty much the exact spec I would choose. A 2013 (facelift) Nero Carbonio, with Bianco Pregiato leather and Nero Alcantara inserts, MC Shift box and MC handling pack, along with some of the MC carbon interior options too.

I travelled to see it, viewed and drove it and really liked it. (I knew I would) But there were a few few things I noticed that I thought I'd get checked out, so I called Dale of prestige.autoworks to carry out a PPI for me as it was in his working area.

Anyway, after a bit of to and fro and a conversation with Dicky G (thanks again) about the current market and what to expect for mine as px, I came to an arrangement with the dealer to PX mine in for it. (and promise my wife lots of treats for a long time) and a deal was done.

I picked it up on Wednesday and dropped mine off. 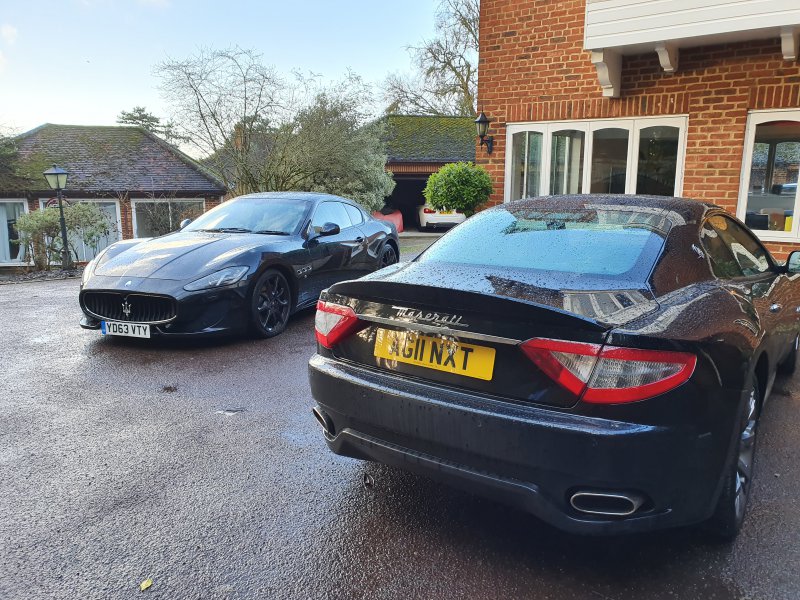 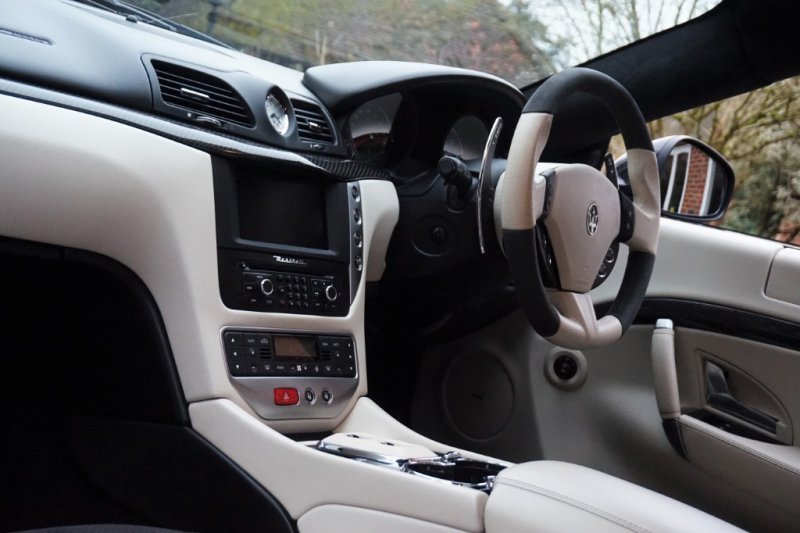 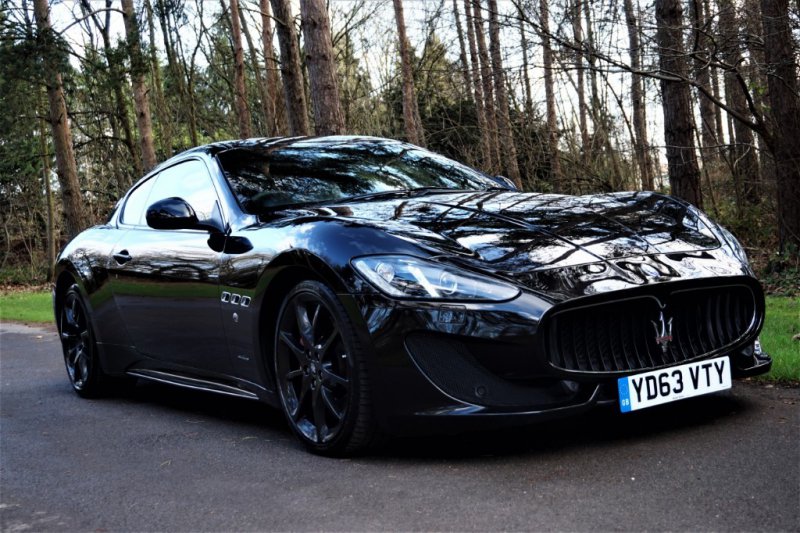 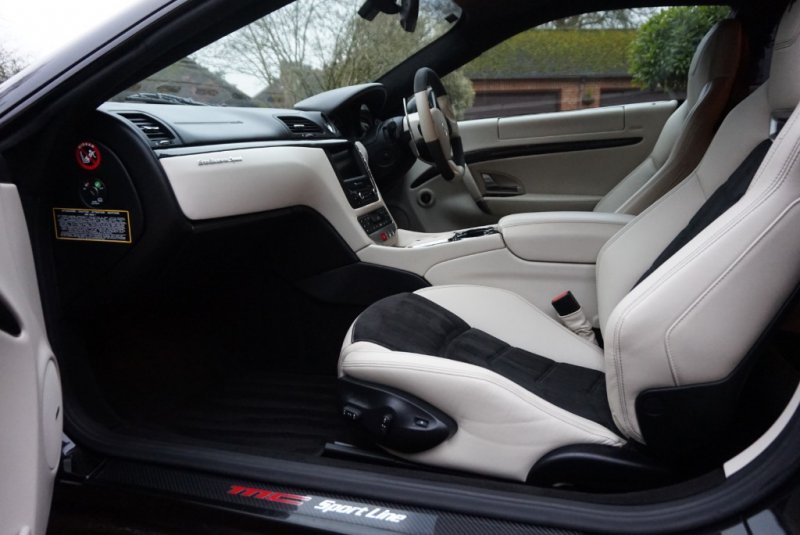 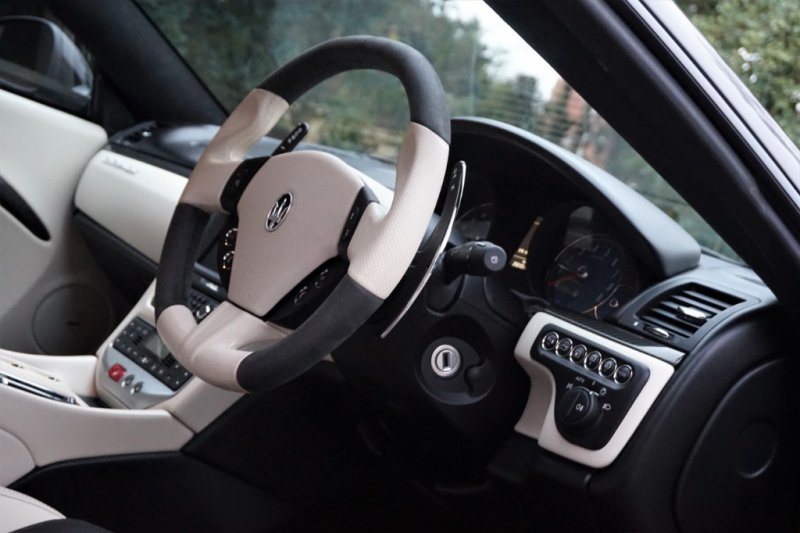 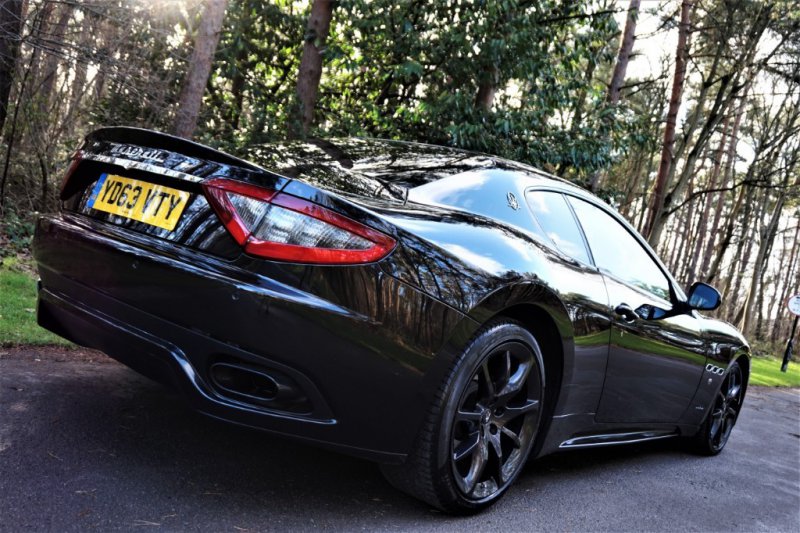 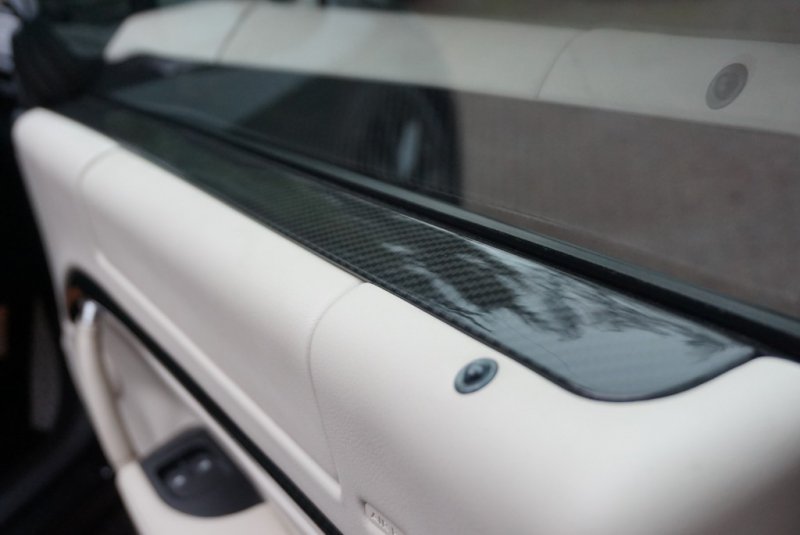 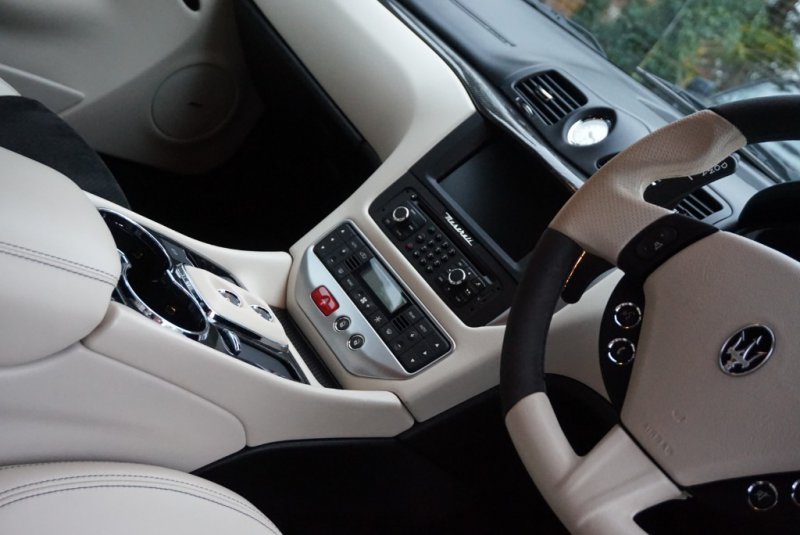 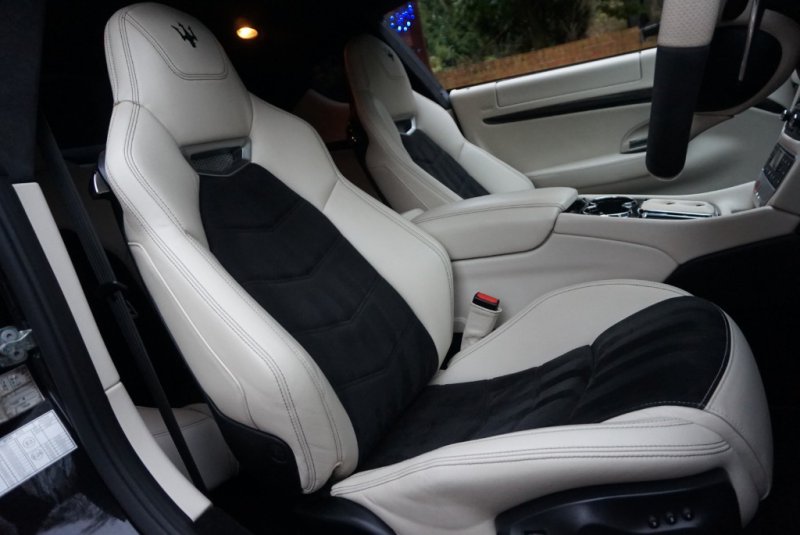 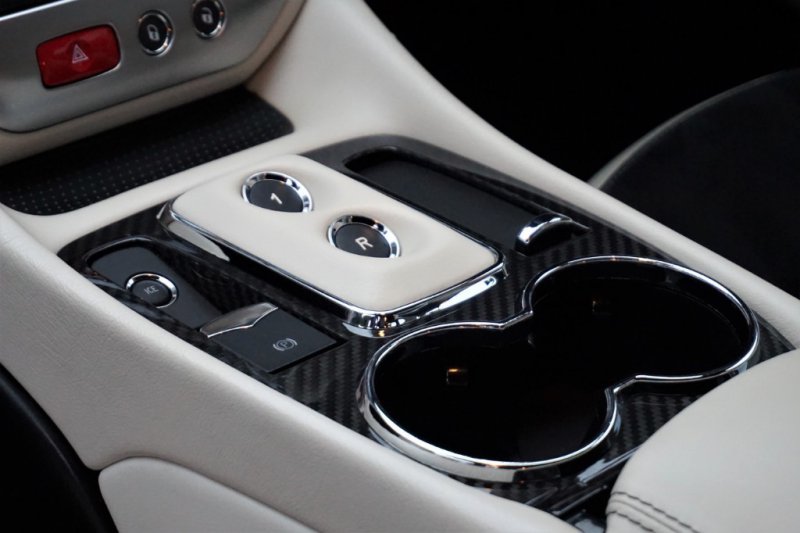 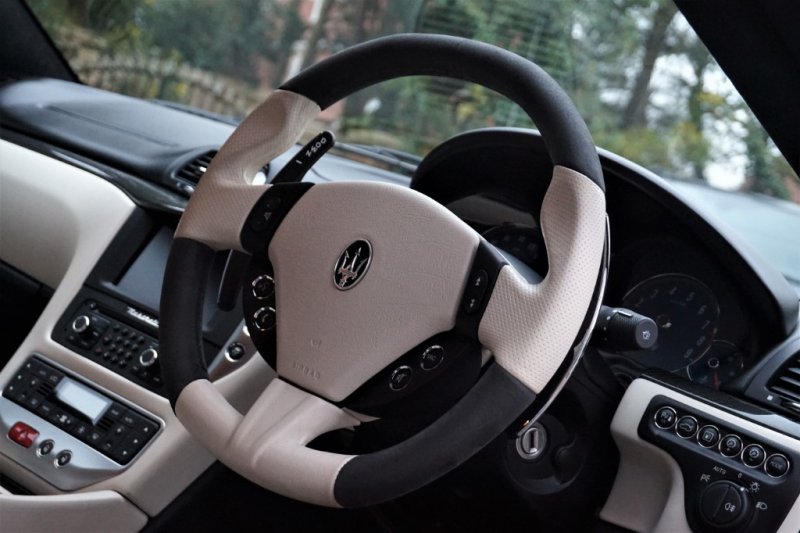 Nice, not sure about the steering wheel but everything else is thumbs up

zagatoes30 said:
Nice, not sure about the steering wheel
Click to expand...

I wasn't sure either when I saw the pics, but in the flesh, I really like it. Somehow the design looks less dated in the lighter/multi colour.

Totally agree she is Stunning indeed.

It's funny as I've never really liked the astro wheels much before, or black car with black wheels, always preferred the Neptunes in Grigio Mercury.
I had considered swapping the wheels from mine, but when I got there I changed my mind, as they seem to look more modern when fitted to the facelift. Also, I thought new car, new wheels, or it might not look like I had a new car lol.

Well done Sam, that’s lovely. Like the fresh, light interior, nice with black alcantara seats and the carbon cabin bits. Best keep one of those little hand cleaner bottles in the car with that steering wheel

Congratulations. How do the two cars compare?

Beautiful one, with great spec

The facelift cars do look much better IMO. It just needs spacers!
W

I Like the interior, but much prefer the Grigio Neptune wheels vs the later black ones and prefer the pre-facelift front end with fog lamps and quad round pipes vs twin oval ones. Ian Callum once told me designers often get it right first time, then facelifts are done just to distinguish a later car from an earlier one where owners are keen to show they are driving the latest model and keep an older car in production longer.

Both look great cars but is it worth the hit on cost to change via a dealer for just a 2 year newer car? However, if you are happy, then I’m pleased for you!

Lovely looking interior, it wasn't Scalded Cat, the lady member, was it?

congrats mate, will have to give you a nudge when im in the Peterborough area to have a proper look at it!

lovely looking car! Glad you are happy with her! Interior is certainly cool.

Cheers guys. I wondered if it was just me that was drawn to the interior, but it seems not.


Motorsport3 said:
Congratulations. How do the two cars compare?
Click to expand...

The same, but different! It's early days, But I've done a few hundred miles.
I'll leave the difference in external and internal looks to personal opinion.
Inside:
The seats feel better to me. I'm quite slim, so in the Pre - 2012 seats, although completely comfortable, I didn't get much lateral support if I was cornering with any pace. The facelift seats are better in that respect. They also give about an inch extra legroom in the back. And they appear to go further forward when tilted, giving more room to get my daughter in the car seat.
Steering wheel feels more modern.
Stereo sounds better, clearer and more bass. Dunno if there was any changes in that between years?
I 'think' there is less road noise as well.

Headlights are much better at night.

Suspension;
I love the MC handling pack. Fixed rate, no Skyhook (as was my last one) but the MC is firmer, lower and feels really tight but still manages to ride the bumpy roads round me very well. Can't comment on fast cornering ability yet, as I have zero confidence in the P-zeros in these temperatures. The MC Stability Control allows much more traction slippage before interfering. (which I like)

Engine:
Seems to run a bit quieter, less 'tappy'. Probably due to the low friction coatings used on the facelift engine?
I'm sure the difference between 444hp and 454hp is not noticeable, but it does seem to rev a bit quicker on first impressions, but as I'm unable to keep traction due to the **** P-zeros, I'll hold of making that comparison.

Now....this is important to me, and part of the reason I've gone MC shift again.....BUT.....the 2013 car is not as good on that front as the 2011 was.
I noticed this on the test drive, but thought it was just because I'd just got out of my 2011 with x-pipe. However, when I went down to collect the 2013 a week later, I had removed the x-pipe so got out of one standard car and straight into another, and it was missing something. It hasn't got that very pronounced Rev 'blip' when changing down gears that the early MC shift has. It almost sounds like the MC Auto. It's also missing some of the pops compared to the earlier car.
I don't know if its a software difference in the cars, or the way the clutch has been set up in my 2013 car, but the 2011 DEFINITELY sounds better!
I'll be fitting the x-pipe asap, and will ask someone in the know about the clutch/ software setup, if it could be something that can be altered.
It does seem to change down gears quicker, due to not taking the time to rev in between, but I'd rather have the noise from the throttle blip.
Changing up the gears and at WOT, it pretty much sounds and behaves the same as the earlier car.
You must log in or register to reply here.
Share:
Facebook Twitter Google+ Reddit Pinterest Tumblr WhatsApp Email Link