As had a few hours free today, thought it might be a good idea to actually fit some of the growing pile of parts that I'm accumulating, on my resent visit to Emblem we discovered that it was one of the front lambda sensors that wasn't working, so as had already bought two rear ones, went and got the two fronts as well, so on they went, then fitted the new fan resistor, relatively easy, also had a new fan belt as we noticed that one of the ribs had completely vanished, so 5 instead of 6!, and i did that without removing anything except the front under tray, was a bit of a fiddle getting it through the gap between one of the pulleys and a steel pipe, but the biggest challenge was how to hold the adjuster open under spring tension and still get in to position the belt, required a bit of lateral thinking ( see pic) but it worked, total cost of parts £ 259.90, labour £0 on the downside, discovered a small weep from the rad, so three steps forward, one back! 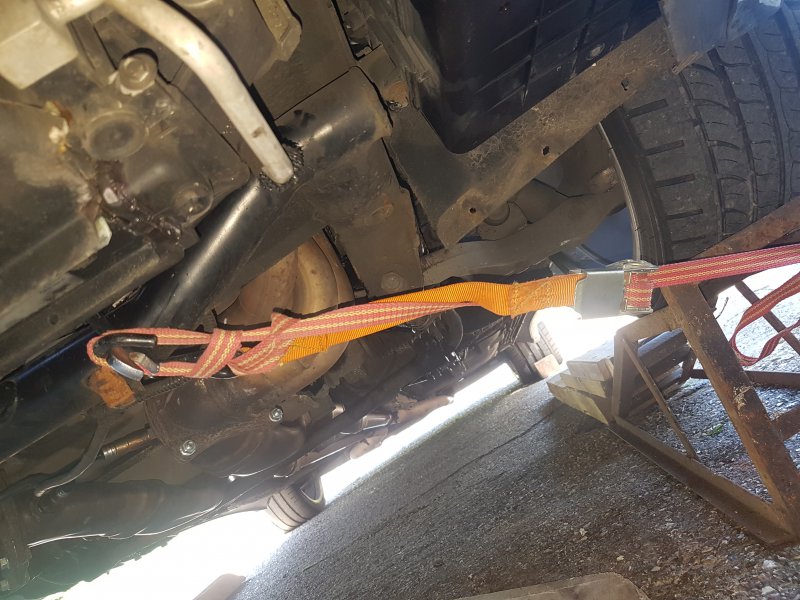 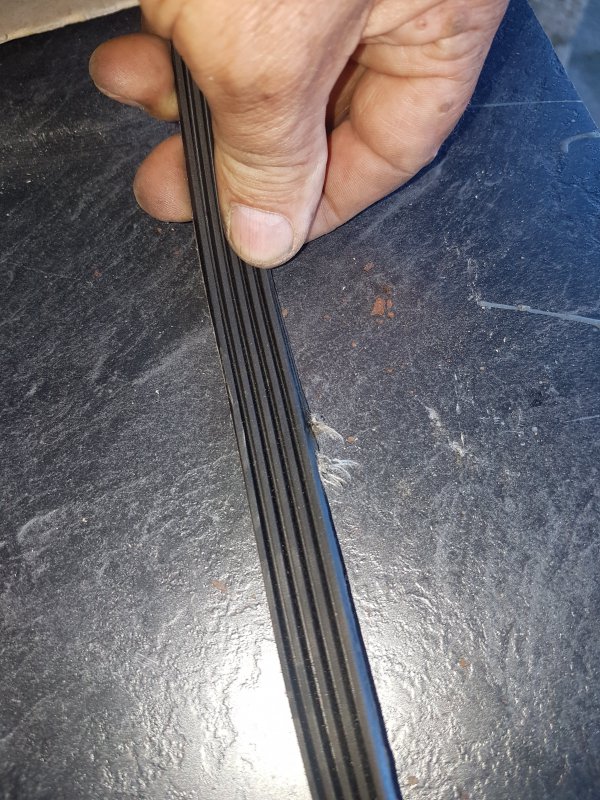