Ignoring my own advice

As someone who has always been firmly in the "Onwards and upwards and never look back" camp I now feel like I have let myself down.

It's been nearly 5 years since I sold my leggy but lovely Grigio Nuvolari Cambiocorsa and moved to Porschetures new, but at every Silverstone Classic meeting since, I have, time and again, found myself strangely gravitating to the Maserati Club area where I would spend too much time skulking and anoraking around.

This week I went on full reverse thrust, ignoring my anti-nostalgia, rose tinted fallacy mantra and I decided I wanted to bang an old flame. 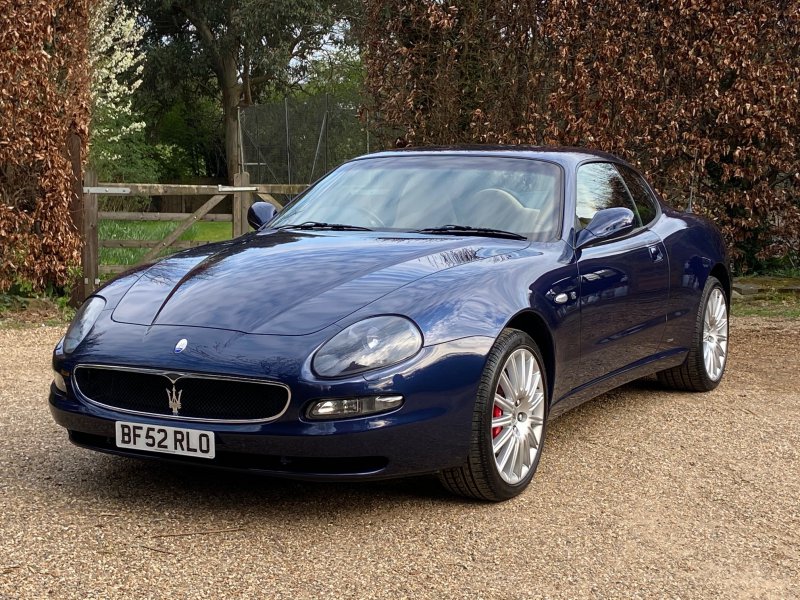 Pre-facelift car, same year as my last one but much less mileage and best of all - Its a manual

Deal done yesterday, get to pick it up on Monday. Cant wait.

Nothing wrong with banging an old flame once in a while.

Gazcw said:
Nothing wrong with banging an old flame once in a while.
Click to expand...

I’ve just done similar...sold my last 3200 back in 2012, and have just come back to the marque to scratch the Gransport itch!

I still like the pre-facelifts, and that's a nice looking one. Congrats.

Phil H said:
I still like the pre-facelifts, and that's a nice looking one. Congrats.

To be honest, the photo does probably flatter it somewhat. It is not what you would call an "absolute minter". Paintwork is not perfect and there are, as ever with these, areas which are deserving of some TLC.

On the positive side, all the initial issues I have noticed as needing attention are all very doable and as I have decided that this one is a keeper, I am in no rush so intend to take my time and enjoy getting it all sorted.

Lovely car, welcome back to the fold, we think we are cured but really never are. As a 6mt owner myself, I will be interested to hear your short/long term opinion on the difference between a CC car and 6mt. A Porsche owner gets in his car, turns the key, and it doesn't start. He's surprised and disappointed. A Maserati owner gets in, turns the key and it starts. He's surprised and thrilled. With a Mas, its the journey, not the destination. But you already know that! Enjoy an old flame...

Oishi said:
I will be interested to hear your short/long term opinion on the difference between a CC car and 6mt. A Porsche owner gets in his car, turns the key, and it doesn't start. He's surprised and disappointed.
Click to expand...

Loved my CC at the time but to be honest, this one had to be manual. I suppose I should blame VW.

My daily driver is a Golf R with the 7 speed DSG box which is an epic rapid fire automated manual and jumping into a CC after that would probably not show it in a good light and I think I would have found it bothered me.

There have not been many groundbreaking technological changes with manual gearboxes over the last 20 years so the comparison is not anything like as relevant or apparent as it is with the CC type boxes, which are now, night and day, vastly improved. Just my opinion.

I get what you say about Porsche. To be fair, they aren't as dull as many non-Porsche owners would have it. A very capable machine and in all objective metrics, the vanilla Porsche Carrera 2 I have just sold is arguably a superior "piece of equipment". That is probably why, even though it is the same age as my new 4200, with a similar list price when new, I was able to sell it for twice as much as the Maserati cost me.

I suppose the difference is that a Maserati is much more than a "piece of equipment to me". Dont know why that should be, but it is.
Last edited: May 22, 2020

Well done on your purchase. Enjoy....

Been toying with the same idea with may first two 4200s... in fact the last one is coming onto the market again soon.

Well done for the return to the brand and the society.