This is my old blue car, and a nice example it is to. Better than the silver one I had before.

mdss said:
Given the price of Cups making me think a Shamal should get bought instead.....Something I shall ponder given the lack of Cup's out there!
Click to expand...

When I had the both, I'd always take the Shamal over the Cup. Hence why I sold the Cup.
But, there are/were 24 RHD UK Cups, and only 7 RHD UK Shamals. So it's considerably harder to find/buy a UK Shamal than a Cup, and they cost about an additional £30 - £40k or so. 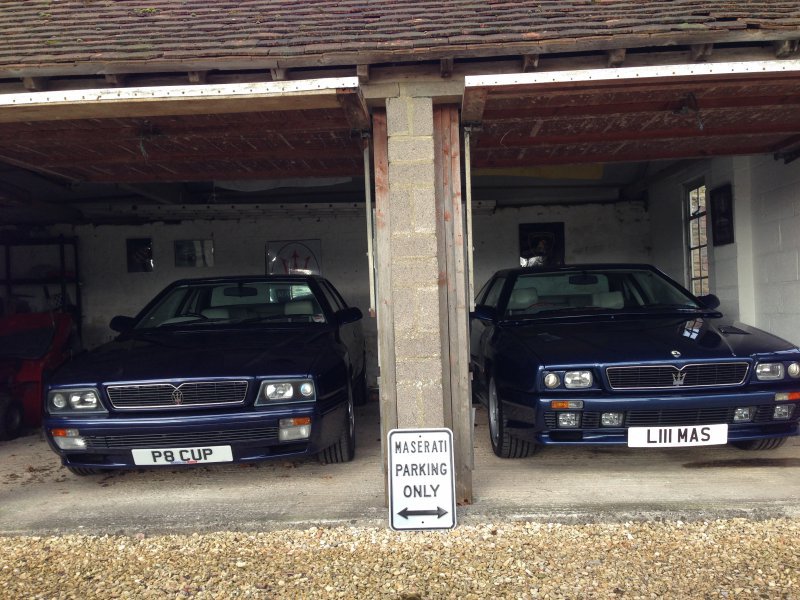 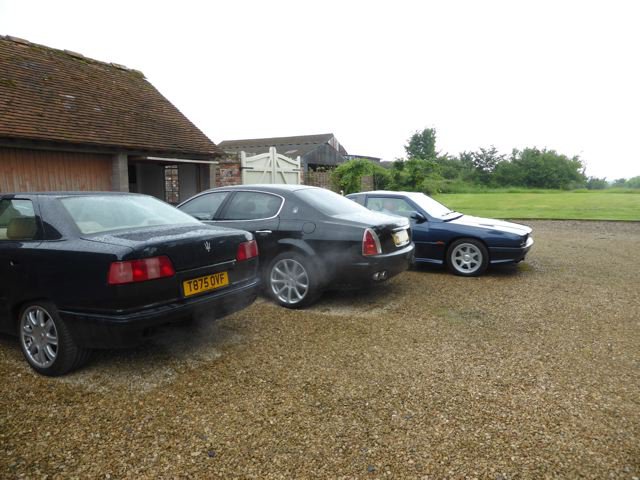 Just off out in the the then favorite. Such a good car.
M

Shamal looks immense and a rare colour too by all accounts how many were made in Blue?

Just that one.
Harry Metcalf made a nice video of it when I sold it. Find it on the internet.

Shamal vs Cup isn’t really a like for like, having driven both. The Cup is a sports car that you can drive as a GT car, should you need to. You can drive it perfectly well off boost as a normal car (the one I drove for Modern Classics had done 150,000 miles), but it really comes alive if you drive it hard; there’s a depth to the steering and handling that’s easily comparable to cars as capable as Esprit V8, 911 Turbo etc. It’s not quite as comfortable as the Shamal, especially in RHD as the pedal box is smaller than the LHD one and you’ve nowhere to rest your clutch foot. But as I say, this is a car that really thrives on keeping it lit and engaging with it - one for adrenaline junkies. Which is why I love it - and that’s not for everyone.

The Shamal, despite looking like a brutal super car, is a pure GT car, and a refined one at that. Yes, the rate of acceleration once you drop the throttle is truly eye opening, even if 326bhp is about what a hot hatch pokes out these days; when the turbos kick in it is truly violent. However, the Shamal doesn’t have the same depth of steering feel - understandably so, too. It was, after all, a car designed to blast down the autoroute for hours at three-figure speeds, and at that speed hyperactive steering is not what you want. I believe it’s called the sneeze test, or something. The downside to this is that it’s not quite as engaging, not as trustworthy in the corners as the Cup, as you don’t have that same level of clarity through the steering. You can stiffen up the dampers in setting 3 and 4, which really does make the Shamal much better once the blood is up, but there still isn’t the same fingertip information from the Cup’s steering.

They’re two different cars, despite the DNA being similar, and I’d take the Cup over the Shamal. The best answer, of course, it to have both - the Cup for a Dawn thrash, the Shamal to take the other half away for the weekend.
Last edited: Wednesday at 11:24 PM

Here’s a left in Italy. Dealer’s other stock is quite something too.

Find your Maserati € 85,000.- – At AutoScout24: a European automotive classifieds leader.

There’s also a super-rare 2.8 Cup in Japan doing the rounds, also a lefty.