Good to catch up and meet you all. It was indeed a little moist!

Brakes are still squeeking though! Might try doing some more miles to see if they bed in. If not maybe I'll try some different non-OEM pads.

Just got back and sitting down with a cup of tea and Wheeler Dealers.

Lovely Lusso Barry....maybe one for the future for me

Contigo said:
Was there yesterday for an hour before I blew the engine on the track car. FML!
Click to expand...

Sorry to hear that Phil. Is that the MX5?

Good to see the Hardy bunch of stalwarts. Shame about the weather but who dares and all that.
Great welcome guys, made the effort worthwhile.

rockits said:
Sorry to hear that Phil. Is that the MX5?
Click to expand...

Singer do spares I hear

Good to see you all today, despite the weather and missing the Rugby, it was a good day and James enjoyed his rides !

Just about dried out! Warm fire and catching up on great rugby result. Good to catch up with some old friends and also meet some new.

rockits said:
Sorry to hear that Phil. Is that the MX5?
Click to expand...

No, the Corsa VXR. Just had forged engine and I should have known better to run it in much kinder... Dropped from 4th to 3rd at 6k rpm and it went. Lesson learnt....

Contigo said:
No, the Corsa VXR. Just had forged engine and I should have known better to run it in much kinder... Dropped from 4th to 3rd at 6k rpm and it went. Lesson learnt....
Click to expand...

Ouch....you live and learn. Hope it isn't too badly damaged. Better being out there yesterday than today or it could have been reshaped in a different way!

Nice to see everyone, and thank you for organising the line-up Peter - well done mate. A few more pics: 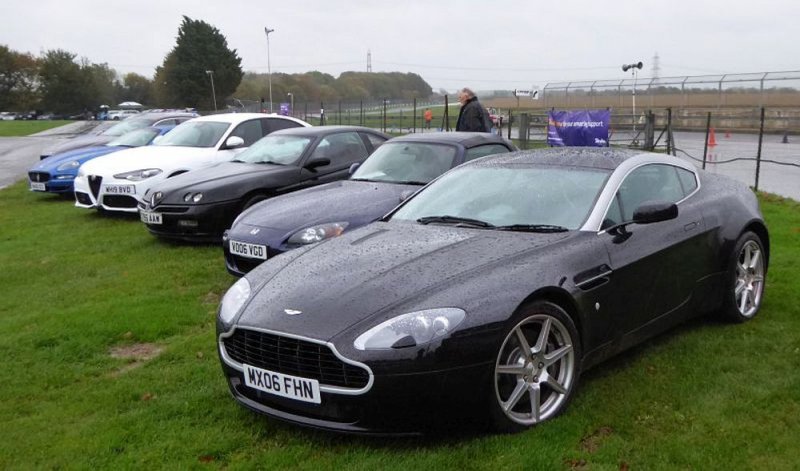 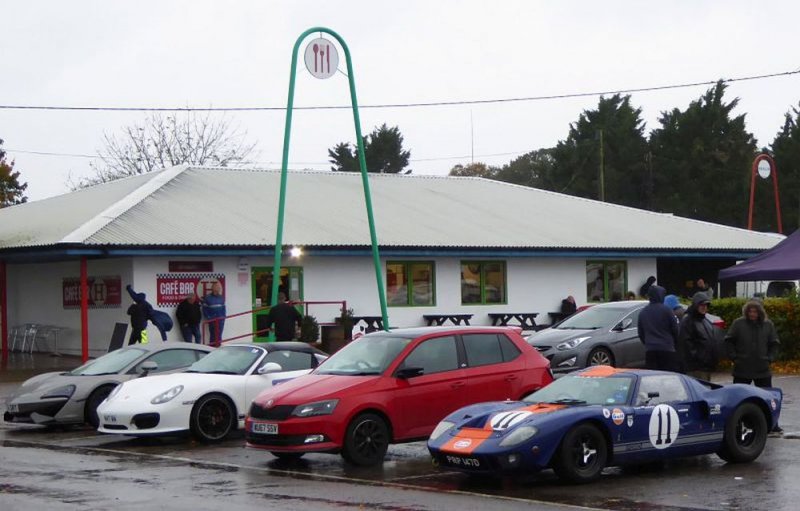 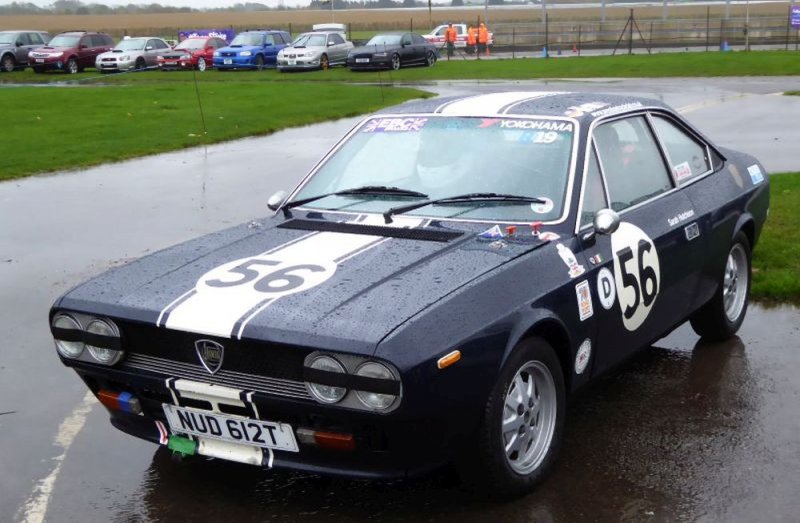 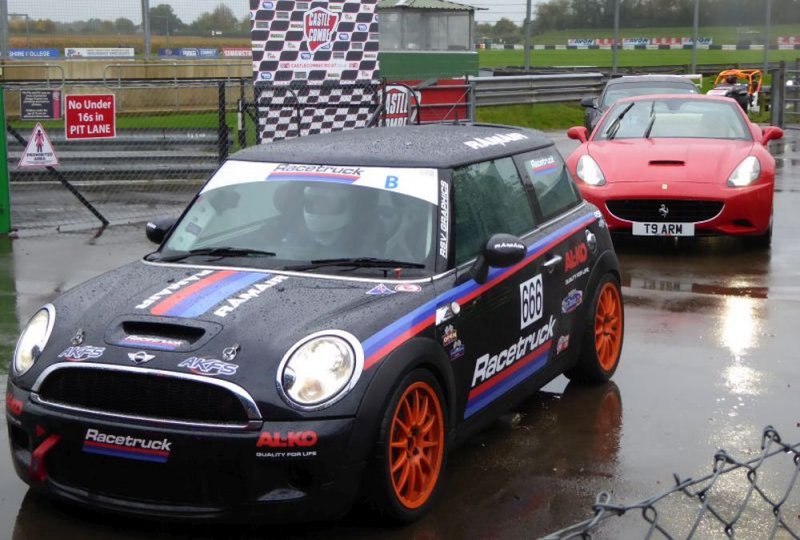 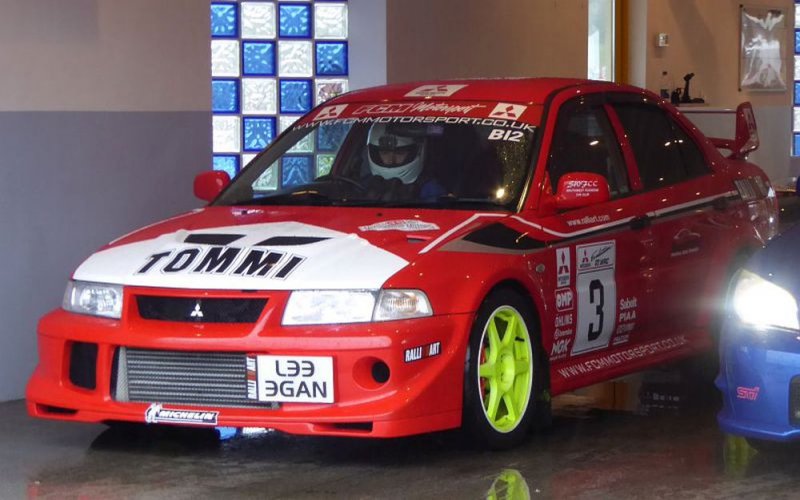 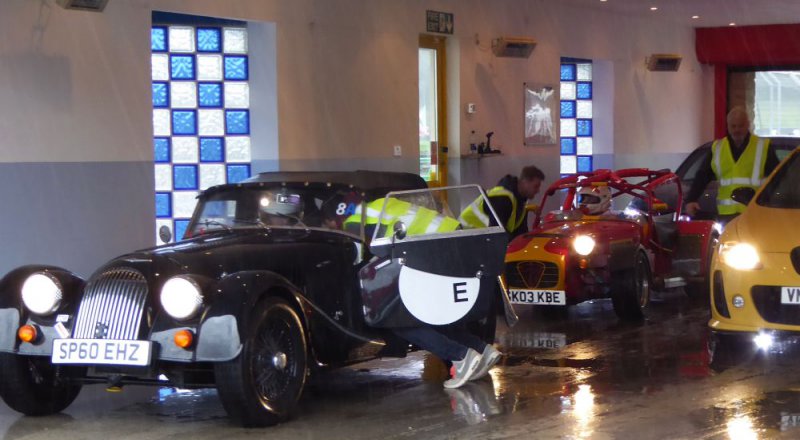 Guys and Dolls
Just to say thanks for braving the elements for such a good cause.
Good camaraderie as always and a special thank you to Mr. Z senior who brought his Lancia Thema out on a wet day to bring us the AROC Gazebo.
With 2 hours still to go £6000 had been raised which is pretty good considering the weather and, to me, makes the effort worth while.
I'll post the final figure when available.
Too damp for the punters to stroll along and ogle the display cars though.
There was another track 'off' just as I was leaving but people were still queueing for rides and about a dozen cars with passengers were waiting on hold for when the track reopened.
To give one example of track conditions to those of you who weren't there - there was significant water on the high speed kink in the straight leading up to the rise before Quarry which aquaplaned at least 3 cars into the hands of fate. The Mclaren ended up still on the track sideways but I reckon you could have fried an egg on its electronic 'brain', the others caused track closures as did another one out of sight at Quarry. Hmmmmm - exciting for the passenger no doubt!
Nice photos!

A great charity event, such a shame it was not today... clear skys and autumn sun.

Good to put some faces to names - ditto weather comments - some of the pics make it look better than it was (but didn't deter the chat - indeed it reminded me of my windsurfing days when the forecast was good so we'd rush to the coast to only to find there was no wind - so would chat instead!!)

The year I did it with the forum I took my Celica GT 4 and it was very wet I ended up spinning and had Matt and his first GS coming straight towards me and Andrea.
What a Fun day it was.

Sorry not to have been there, despite the weather. And thanks to those sharing the photos.
L

RoaryRati said:
Good to put some faces to names - ditto weather comments - some of the pics make it look better than it was
Click to expand...

This one doesn't - note the fine rain spattering on the GTV bonnet in the foreground and the drops on the lens of the camera.
Thought I'd post it as it also shows that rather nice Ferrari (and Vantage) 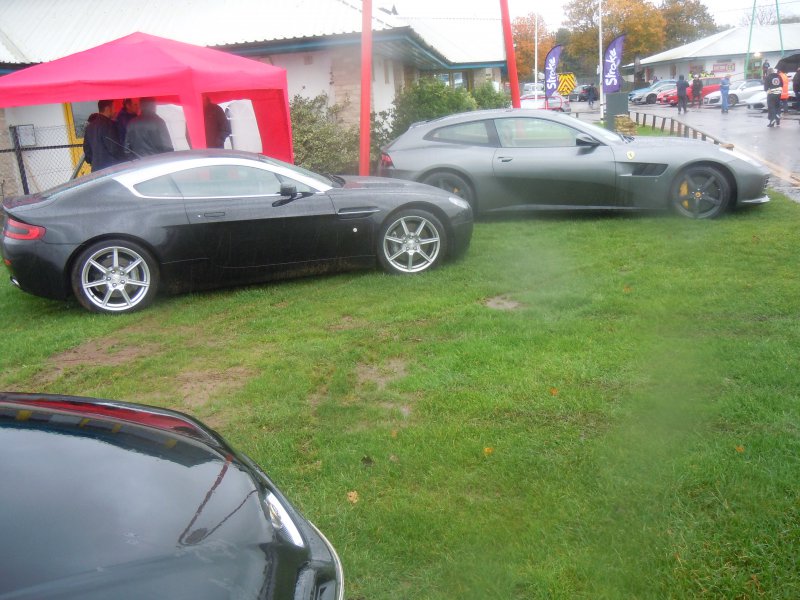 Great charity event but they do need to change the name of this one as its more performance car Saturday than Supercar.

Andyk said:
Great charity event but they do need to change the name of this one as its more performance car Saturday than Supercar.
Click to expand...

I first went along with the Scimitar about 20 years or so ago. In those days there were more notable cars and guest drivers in attendance along with automotive media coverage; a friend of mine was 'chauffeured' around the circuit by John Surtees in a GT40!
I think it could do with a refresh and maybe a few celebs to help it along as it has a lot of potential and is for a very worthy cause, although considering the diabolical weather the turnout was pretty good yesterday and all credit to the organisers for that.


Just received the following email from the Stroke Association;

Thank you so much to all of your members who braved the weather on Saturday. I can’t believe how different Sunday was! Despite having to close the event early, we still manage to raise over £7160 and this will go up when we get the money in from the Autosolo and our share of the gate money.

Our photographer will be sending us through his photos from the day and we will upload them onto our Facebook page this week.

Thank you again, fingers crossed next year is drier!

Andyk said:
Great charity event but they do need to change the name of this one as its more performance car Saturday than Supercar.
Click to expand...

Yes Andy, regarding that Supercar handle I trawled a few definitions from the internet as follows and therefore agree:

Supercar
noun. A high-performance sports car. 'At normal, respectable speeds it drives without the unwieldy nature that afflicts many supercars.' ... 'Yet it has none of the temperament of supercars that are derived from racing machines.'
Oxford English Dictionary

supercar definition: a very fast car, usually one that is an unusual or rare type.
Cambridge Dictionary

A supercar – also called exotic car – is a loosely defined description of certain high-performance street-legal sportscars. Since the 1990s or 2000s, the term hypercar has come into use for the highest performing supercars. In the United States, muscle cars were often referred to as "Supercars" during the 1960s.
Wikipedia


I believe that a Pagani and a spinning McLaren conform and did appear amongst the track entries and there probably were others.

I personally would not apply the term to the competition cars in the paddock as they are designed to conform to a specific set of regulations which often make them illegal for use on public roads and most use racing tyres which are not legal for the road.

I was involved at Lotus in 1970 in the design of a special car for GKN which was based on the Europa but had a 4.2 litre 300 bhp Rover V8 instead of the Renault.

It was intended to be a 180mph road car and was actually timed at 175mph.

I drove it at 150mph with an observer during our development testing on the Lotus track. It ran on special Goodyear road legal tyres using their rally special tread pattern and interestingly was fitted out as a luxury executive express.

This to my mind was a Supercar – it was road registered and was built up to a standard rather than down to a Lotus weight!

One can only assume that the Stroke Association know that their clients respond to ‘Supercar’ on the front cover.

It seems to work bringing in the punters even on a day like Saturday!